“I have already taken Plan Strong™. Should I also take Built Strong and why?”

Built Strong is based on Plan Strong principles but digs deeper into hypertrophy training and allows to design plans for a wider range of lifts than Plan Strong.

At Built Strong you will learn how to deal with several lifts at the same time and incorporate them in well designed and very effective plans.

You will also learn how to manage lifts and exercises where you don’t need to or you can’t test a one-rep max and how to incorporate assistance exercises and direct muscle work in your plans, in addition to the main lifts.

In addition to learning how to design plans for all-round strength and hypertrophy, you will learn how to bias them towards getting shredded.

Finally, you will learn how to deal with one or more deficient muscle groups, in terms of both muscle mass and strength.

“Why should I be interested in training for hypertrophy?”

Even if you aren’t a bodybuilder or a bodybuilding coach, you or your students might be interested in gaining some solid muscles for several reasons.

Reaching the upper limit of a weight category or shift to a heavier one (e.g. wrestling, boxing, judo, etc.) or improving the performance thanks to a heavier body (e.g. American football, rugby, etc.). In all of these cases the extra weight must be provided by solid and strong muscle mass and the gains must not take too much time away from sport-specific training, neither make one sore the days that follow the Built Strong sessions.

Preparing for a bodybuilding event, a photoshoot, a movie, or just for the beach.

Older people that are looking forward to staying strong and functional and fight sarcopenia.

“Help me choose between Built Strong and Plan Strong.”

Plan Strong focuses on building strength—with hypertrophy as a side effect.

Built Strong is the opposite: it maximizes muscle mass with strength as a side effect.

“If I take both, which one should I start with?”

You can start with either one.

The foundational principles of Plan Strong and Built Strong are the same, but the two methodologies expand them in different directions, as the former digs deeper into pure strength training, and the latter into hypertrophy training.

Whatever will be the seminar you decide to attend first, it will provide you with the basic knowledge for a better understanding of the other one.

“Why should I use the Built Strong methodology instead of the common power bodybuilding methods?”

Based on Fabio Zonin’s experience with his test subjects—highly experienced bodybuilders and lifters, men and women—Built Strong is at least as effective as the other top methods. And it builds muscle that is as strong as it looks.

Since the system trains movement patterns, rather than focusing on single muscles, in addition to helping build a strong, performing, and muscular body, it also guarantees symmetricity, proportions, and safety.

Most bodybuilders focus on one muscle at the time, too often forgetting that form and function are strictly related.

“They tried to be graceful. And grace cannot be contrived. Try to hold on to it, and it will elude you.”—Those who try to build a perfectly proportioned body by focusing only single muscles, one at the time, most likely they will fail.

“Grace is not the goal but a side effect of a skilled performance.”—Not only grace in movement, but also physical appearance is closely related to an athlete’s levels of skill and performance. Focusing on movements instead, and treating the body as a unit, is the way to go.

Also, the structure of Built Strong programming which, unlike in traditional power bodybuilding methods, leads to abrupt changes of the training volume from week to week, imposes to the athlete’s body continuous adaptations that enhance muscle growth while at the same time allow proper recovery.

A powerful and functional body is likely to be a beautiful body—If it flies right, it looks right!

In addition to all that above, Built Strong sessions do not make one sore the following days, meaning that one can play another sport of physical activity, and enjoy life.

While there are strength training methods that minimize soreness, bodybuilding methods like that are unheard of.

Built Strong plans also allow a great degree of customization, according to one’s goals, time that can be devoted to training, and available equipment. 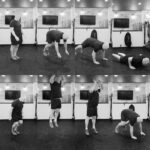 We are StrongFirst. Therefore, we know kettlebells. We know the many benefits they can have. The swing is why you get into kettlebells right? Well, it was for me. What I realized after practicing with kettlebells for many years was that I got better athletically. Simply put, the kettlebell swing exudes athleticism. The swing has […] 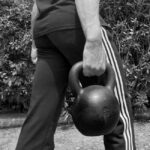 The Kettlebell Mile is the product of a two-decade long search for a way to simultaneously train strength and aerobic capacity. It seems so obvious now, but the best ideas are seen as such only in retrospect. I had much learning and tinkering to do first but finally, the science and my experience (and that […]

All-Around Training for the Tactical Athlete 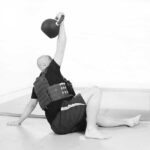 In the movie “Remember the Titans,” Coach Boone is the new head football coach of the first integrated school in Virginia. The school staff and parents immediately begin criticizing him. As they are preparing to leave for pre-season camp, Boone is carrying his playbook—a very thin portfolio of plays. Assistant Coach: “Awful skinny playbook in’t it?” […]