The Essential Must be Done Regularly

After some rare downtime, I was watching the show “Life Below Zero” on the Nat Geo channel. It’s a documentary TV series about the daily challenge of living off the grid in remote areas of the Alaskan wilderness. I’m not going to lie, some serious envy washed over me as I watched the show’s main characters go through their daily chores of survival. Hard work mixed with peace, quiet, and endless scenic beauty! The main goal of the character I was watching that particular day was literally just searching for some dry deadwood to chop and carry back to his cabin and set up a redundant water source through winter so he could realistically carry it through the deep snow. I take something so simple as this completely for granted, but for him it’s absolutely necessary for his actual survival. He just needed to chop wood and carry water. No matter the weather or what else needed doing, those two tasks had to get done.

The comparison hit me when I looked at my training, which was in the early days of the pandemic. Stress and uncertainty seemed to be at a boiling point no matter your situation. I knew training shouldn’t be a source of either of those things. It should be low stress and simple enough to accomplish consistently each week and training day, but also cover the fundamental bases in basic strength and conditioning.  And for me to stay sane, I needed a solid foundation of physical exertion to come back to week in and week out.

So, like many trainers, I ripped off way smarter people than me and hybridized a couple programs to my liking. Enter the “Chop Wood, Carry Water Program.” The basis of the program consists of three parts: The Quick and the Dead, Easy Strength-Lite, and a nice “health finisher,” or something I’ve dubbed Getting-Old-Doesn’t-Have-To-Suck training.

The Quick and the Dead is a minimalist, all-around protocol devised by Pavel through his extensive research into Russian sport science, biochemistry, and volunteer case studies. The protocol is either kettlebell swings combined with dynamic pushups, or a healthy helping of snatches. I found it to be the perfect answer for a time that required minimalistic, low stress training that also provided high return on investment.

To complement Q&D with some strength work, I added a scaled down version of Easy Strength that focused on two lifts, a press and a choice between deadlift or squat. The two lifts were done as a superset with varied intensities and rep schemes which I rolled dice to determine.  A die was rolled each day for intensity and a second roll for reps following the table below. (Rolling a 6 on intensity is 85% and is always done as five sets of two.)

Another option is to schedule your light, medium, and heavy days to recur consistently every week. Light days (75%) were three sets of five, medium (80%) five sets of three, and heavy (85%) five sets of two. The order of these sessions can be varied, but my preferred order is medium intensity on day one, light on day two, and heavy on day three. Each week (if the previous week was easy enough with no deterioration in rep quality) you can increase the weights slightly. After 3-4 weeks, I would suggest a deload week by reducing the intensities to 50%, 55%, and 60% respectively, then recycle.

Some Q&D days you may roll for five rounds of your swings and pushups or snatches, totaling 100 reps for each movement. Based on personal experience, I recommend you skip the Easy Strength-Lite segment on those days.

The last segment is a nice “health finisher.” It’s a simple combination of two types of exercises, a carry and a heavy ab exercise. I roll dice for these as well and re-roll if I get the same number two days in a row. I shoot for five rounds of both the carries and abs, and I do the abs for five reps each set. This means the ab exercises need to be a difficult variation or progression (for you), but doable. I also throw in a few exercises that work on my weakness, which are the knees and ankles for me.  In this example I used bodyweight single-leg deadlift for a 30-second isometric hold, slow bodyweight squats with a 2:1:2 (down:pause:up) tempo, and lastly assisted bodyweight pistol squat. Here’s an example of options I used.

I haven’t spelled out an entire program here, but once you get into a rhythm, the pace and amount of work done each training day is very enjoyable. I know, I know, that seems a bit crazy, but my students and I looked forward to training during the program as much or more than any other we’ve tried. The randomized variety via rolling dice for each segment but keeping the variables within a defined set of parameters keeps the training interesting, effective, and low stress. One amazing side note is that some press and squat PRs were set by both my students and me during this protocol, which were big “what the heck” moments since we weren’t training to peak. One student went from a best double kettlebell press with two 32kg for a single to a 2-rep max with a pair of 36kg. Another improved the barbell military press from 185 pounds for a single to 185 for a triple. And finally, another achieved a personal best barbell overhead squat of 235 pounds for a triple from a best of 215 pounds for a single.

Back to the title of the article. The idea behind this was to create a program that needed little thought, but also kept things varied enough to remain interesting while still hitting all the important points that (similar to surviving in the woods) need regular attention. Believe it or not, this simple program improves power production, gait, general strength, and specific core strength. Add some light get-ups and flexibility work and you’re golden. Improved conditioning did happen, but purely as a byproduct.

I’m a huge fan of minimalistic training with matching programming. With all the chaos and uncertainty in the world, I wanted to come home to my courage corner, punch in, roll dice to determine the evening’s program, do the work, and punch out. Chop wood, carry water…repeat.

Confessions From a Recovering Bodybuilder
It's a little hard to admit, but I used to be a competitive bodybuilder. Here's what my training used to look like, plus what it looks like now that I've reformed my ways and train my body as a complete system. 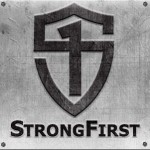 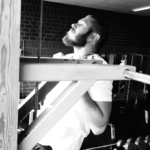 How to Train for Mass With Chins and Dips
Training for mass without barbells is tricky business. I designed this program to create mass with chins and dips. It’s a serious strength program for the upper body.
Jason Marshall 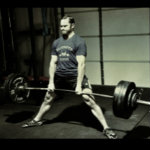