The Versatility of Pyramid Training 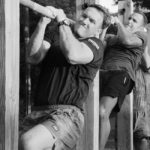 This workout is likely as old as the pushup itself and I am not sure who created it. Maybe the Aztecs or Egyptians. Who knows? Pythagoras was into triangles and math so maybe the Greeks. Whoever invented it, it has been a classic workout of mine since the 80s, when I learned it in my […] 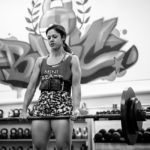 Why the Barbell? At some point every person who trains for strength should learn to use a barbell. When it comes to heavy lifting, the barbell reigns supreme. Two hands on a knurled bar with a balanced load; it doesn’t get any better than that when it comes to getting strong. There are also many […]

I Was 21: An Excerpt from A Glimpse in the Rear View 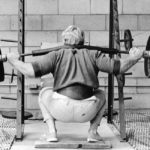 My most vivid workout memories are set against the backdrop of the Muscle Beach Gym of the early 1960s. This famous, beloved relic, once located on the unspoiled shores of Santa Monica, was relocated by the persuasion of the city council to the creepy underground basement of a collapsing retirement hotel four blocks inland. The […]