At the 2014 Winter Paralympics closing ceremony an enormous sign hung above the stage proclaiming: “IMPOSSIBLE.” Paralympian Alexey Chuvashev rolled onto the stage in a wheelchair. A veteran who lost his legs eight years ago in a combat operation, he went on to win a bronze medal in rowing at the London 2012 Summer Paralympics. 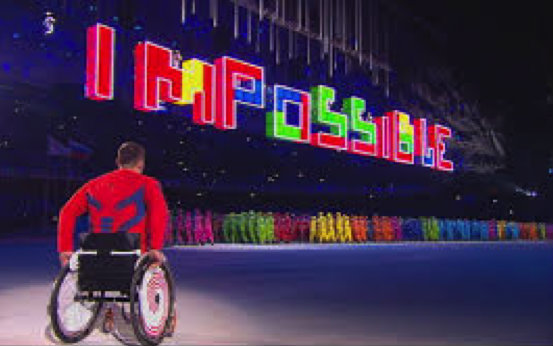 A fifty-foot rope hung from the sign. The athlete got off his wheelchair and started climbing. A burly guy, even without legs he carried a lot more weight than a gymnast. 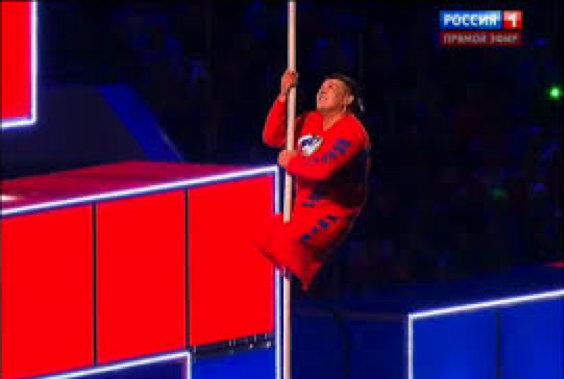 Once Chuvashev reached the top, he forcefully pushed over one of the Tetris blocks forming the sign. The block inserted itself as an apostrophe into the sign. And now it said: 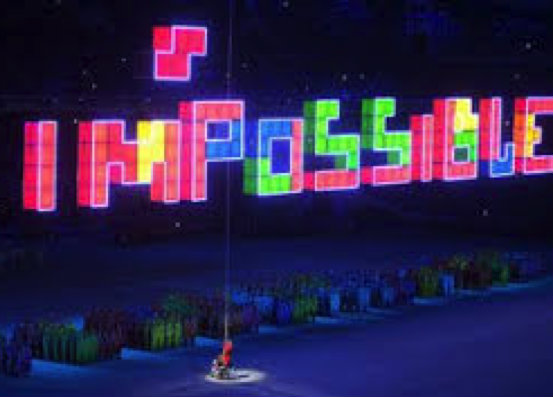 You do not need comic book movies to find inspiration for your training. Paralympians, StrongFirst salutes you! Below, coach Eric Kenyon shares his experience training gold-medal winning athlete Evan Strong.

Evan Strong won gold at the Winter Olympic in Sochi, Russia. He is also missing his left leg from the knee down. For now, Evan is competing in the paralympic category. For now.

Evan lost his leg in a car wreck ten years ago at the age of seventeen. A speeding SUV crossed several lanes and hit his motorcycle head on. He lost his lower left leg, and while his left knee is present, it is not fully functional. There are long titanium inserts in his left femur and his left forearm, which was also injured in the crash.

Evan competes in “boardercross.” In this event, four to six racers blast out of the starting gates at once, jostling each other for position as they accelerate to 40- or 50mph in a few seconds. They wear motorcross-type armor. Collisions and spectacular wipe-outs are common. This reminds me to mention one of the most powerful effects our training has had on Evan’s competitive career: defensive strength, as Evan calls it. Pavel and Dan John call it “armor building” in their Easy Strength course and materials.

Evan’s life and schedule force us to adapt continually, and it is the bedrock of hard style, StrongFirst, and Easy Strength principles that drive our continual success. Here is the foundation of Evan’s strength and conditioning.

As shown in Power to the People. Done at 80- to 90% intensity, or somewhat less, but never more. Sometimes with chains. Usually singles, but sometimes doubles or triples. 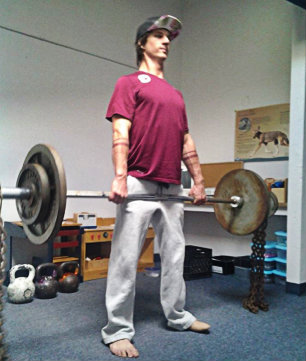 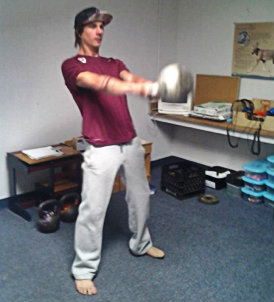 A kettlebell floor press with elbows tucked into ribs, kind of like a slow uppercut. Easy on the shoulders. This is our defensive strength, or armor building, movement. Evan does sets of 2 to 5 reps, quite heavy. 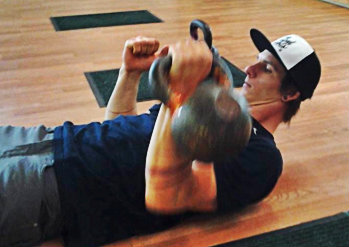 The Results From the Winter Paralympics

We followed Easy Strength principles and got results that looked like black magic. We never allowed fatigue during strength or speed training. We brought up Evan’s strength by a solid 100%. His speed increase was harder to measure, but Evan calls it “exponential.” This translated into his best snowboard racing season yet, in what is his sixth season: thirteen medals in thirteen national and world-class races and a gold medal at the Winter Olympics. 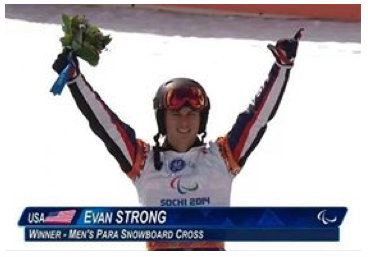 Chairman
Pavel Tsatsouline is the Chairman of StrongFirst, Inc.

18 thoughts on “I’m Possible: Training for the Winter Paralympics”