In the public mind, the word “toughness” is associated with endurance. A marathoner gutting it out for hours. A professional boxer surviving a dozen rounds. Yet, the never-give-up mindset is just as present in expressions of maximal strength. It is the ability to grind a crushing weight to the top. And to do it without compromising technique.

A strength professional does not have a plan B. Only an amateur does. The latter suddenly has doubts about having enough strength to complete the lift as planned. He seeks the path of least resistance. To use the kettlebell military press as an example, he shrugs his shoulder and leans way back. This gives him a better leverage—at least for the moment. As with all panicked decisions, this one is short sighted. It may be easier to move the kettlebell another inch or two with a shrug, but afterward there is nowhere to go but shoulder impingement.

An experienced lifter, on the other hand, will keep grinding it out straight and narrow, no matter how hard it feels, without taking what seems like an easier detour. He has faith in his strength and stays in the groove, no matter how hard it is. This is the hallmark of a strength professional. And if the weight happens to be beyond his limit on that day, he will, as Marty Gallagher has put it, “fail with integrity.”

The Matter of John Spezzano and the Military Press

A couple weeks ago, StrongFirst posted a video of SFG Team Leader John Spezzano military pressing a 97-pound kettlebell. A record it is not, but it is a strong lift for a wiry 175-pound martial artist in his mid-forties. But it was the manner in which John performed the lift that was especially impressive.

No leg kicking, no hip checking, no belly bouncing. And an excruciating—yet quite safe—grind. The kettlebell stopped dead in its tracks when the girevik’s upper arm was not even parallel to the ground. At that point a lesser man would have quit, but not Spezzano.

Shrugging one’s shoulders involuntarily is a sign of fear. John showed the kettlebell no fear and no mercy: his shoulder stayed down. His torso tilted to the side, but no more than necessary not to topple when pressing heavy relative to one’s bodyweight. His back did not hyperextend. He fought the piece of metal for eternity and he won.

It goes without saying that one should not attempt such efforts every training session—or even every month. Even if you are able to stay injury free, you will fry your nervous system. There is an abyss between training and testing. In preparation for his personal record, John was following a specialized Plan Strong™ program and never came close to failure. Most of his pressing was done with a 32kg kettlebell for sets of 2-4 reps and a 28kg kettlebell for sets of 3-6. That is 1/3-2/3 RM or even less.

A lyrical detour: Next time you see “AMRAP” anywhere, leave that place and never come back. The proper term is “RM,” or “repetition maximum.” It was coined back in 1945 by respected strength researcher Captain Thomas DeLorme and it does not need to be reinvented or lengthened.

To make sense of the above numbers, 32kg is 80% of John’s 40kg x 1RM at the start of the eight-week plan and 28kg is 70%. Considering that an athlete who is slightly on the fast twitch side typically can do 70% x 10RM and 80% x 6RM, John was doing only 1/3-2/3 of the maximal reps possible. And if his muscles were more slow twitch, then that percentage was even lower—much lower. For eight weeks John was not testing; he was practicing, “greasing the groove” in an organized manner. This is exactly how you should train.

As for maxing, for most athletes working up to what Russians call the “training max” is more than enough. If you thought the purpose of this blog was to encourage you to test your 1RM in a no-holds-barred manner, it is not. Not at all. Such efforts are the domain of competitive lifters—and of rare athletes from other sports like John Spezzano with iron will and iron discipline. 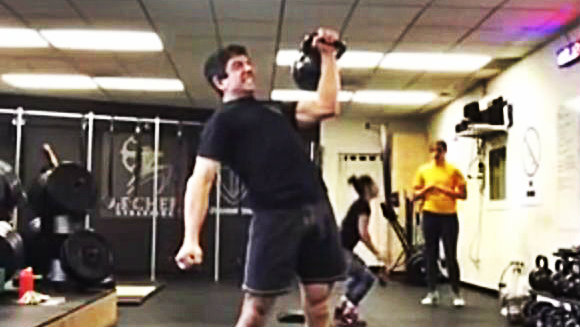 The Beauty of Mental Toughness

No, my goal was to instill respect in a truly all-out strength effort as an act of mental toughness every bit in the league with an exhausting race. And to remind you the meaning of respect, period.

When we posted the video of John’s press, people who knew the score were duly impressed. Of course, typical for our age when even the clueless get a voice, others wailed about what they perceived as a dangerous lift, failing to appreciate the beautiful effort of which they are not capable. 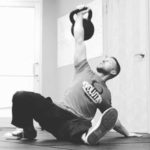 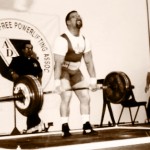 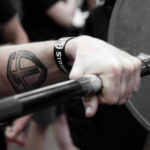 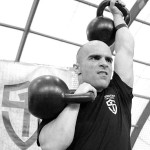 The Big Bell Theory: Plans for Pressing Bigger Kettlebells
One of my students pressed the Beast after training for one year — and he started with 16kg. I hope my sharing of his journey will help you to increase your strength and press the 48kg Beast, too.
Pavel Tsatsouline

12 thoughts on “The Mental Toughness of a Strength Athlete”