“To be a warrior is not a simple matter of wishing to be one. It is rather an endless struggle that will go on to the very last moment of our lives. Nobody is born a warrior, in exactly the same way that nobody is born an average man. We make ourselves into one or the other.”—Carlos Castaneda

To know John Faas was to know the meaning of this quotation and the true meaning of “warrior.” John was a Navy SEAL and one of 31 killed in a helicopter crash August 31, 2011 in Afghanistan. Everything about John encompassed a true warrior—the desire to always better oneself while remaining disciplined in one’s methods and true to one’s beliefs. 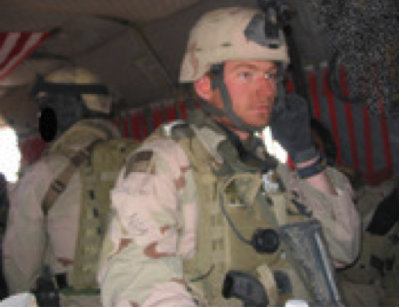 When John was in high school at the Minnehaha Academy in Minnesota, his parents, Bob and Gretchen, wanted to make sure his choice of going into the Navy to become a Navy SEAL was something he fully understood. They had a family friend, former military, speak with him. The vet explained the dangers to John and very seriously asked, “You could be killed. Does that scare you?” John replied, “It only scares me because that means I would have to stop fighting.” 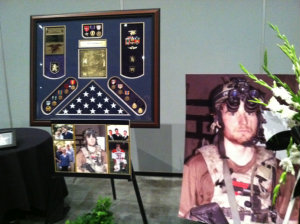 John took a year off to prepare for boot camp. His father had found an ad in the local paper for a strength coach who was a former Russian Special Forces instructor—Pavel Tsatsouline. Mr. and Mrs. Faas felt Pavel and his Iron Curtain discipline were exactly what John needed to prepare himself. So began a year—a lifetime of intense training and strong friendship between Pavel and John. Anyone who knew John knew Pavel; Pavel’s teaching and training were an integral part of John’s life. John brought Pavel’s tools, training, and Pavel himself to his work and teammates.

I met John the night I met my husband over ten years ago and stayed close, as he and my husband were teammates and at one point we all shared a home. John taught our son to play chess and became godfather to our first-born daughter—a job he held in the highest regard. I knew how much John meant to our family personally and to the people in the Naval Special Warfare Community, but after his death I soon understood John had a great impact even on people who barely met him.

John was always true to himself and never strayed from his morals and values as he grew. He loved literature, travel, good food and wine, his family and friends. He was spiritual and a fierce warrior. He meditated and was always trying to be better and work out harder to be the strongest he possibly could. He was the guy you want your son to hang out with, the guy you would like your daughter to marry, the guy who always had your back. 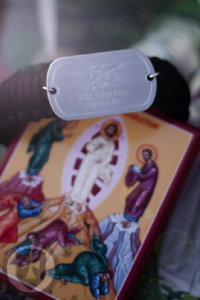 My children and I were devastated by John’s death and my husband didn’t even get a chance to grieve with us; he was up and out of the country once again because that is what Navy SEALS do.

I knew we couldn’t go on with our lives without speaking John’s name daily. I needed to show my kids we could make something good out of this horrible tragedy. For that reason I started the John Faas Memorial Foundation. Now, I get to have his back.

John could have taken any road coming out of high school as he was valedictorian, but he chose the warrior road. At the time of his death, he was working on getting his bachelor’s in any spare time he had. It was only natural to choose to have a scholarship in John’s name to be given to a Naval Special Warfare high school graduate. To give back to a community he left such an indelible impression on.

I will personally make it my top priority to make sure the recipient of the John Faas Memorial Scholarship has an understanding of the type of person John was.

Please support this noble cause and contribute to the John Faas Memorial Fund. 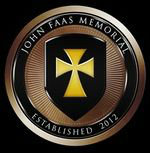