I find it rather puzzling to determine whether a given flexion-involving exercise is safe or not. And as a person that experienced a bulged disc I prefer being safe to being sorry. On side we have the "your-spine-is-supposed-to-move-in-full-range" and "bulletproofing" people, on the other, let's call them, flexion skeptics. I admit I'm more in the latter group.

However, in this interview he explains that whether flexing your spine works with a detriment is highly contextual. For example the cat-camel stretch and atlas stone lifting does not lead to damaging your discs (of course when you do it with proper technique)

What about the following:

To your first point, I wrote an article for the DD site called, if memory serves, Pistols for a Bad Back. Here you go - it's from January 16, 2008 - that's 14-1/2 years ago but, having just reread it, I'll still stand by everything I wrote then.

To your second point, I recommend, if you haven't read it already, you read "Treat Your Own Back" by the late Robin McKenzie. He addresses this directly. (I mention this book at the end of the above article.) Executive summary - warmed-up connective tissue will be more susceptible to damage by stretching. But the article explains how to spread the load out across as much of your back as possible - that's one Flexible Steel's key teaching points.

To your third point, I don't grapple and never have so I couldn't say, but I would consider ...

And I would add that this isn't just contextual, it's also individual. I have watched people pull much heavier than I can with a rounded lumbar spine - they worked up to it, and it seems to work for them. I don't teach deadlifting this way and I don't recommend deadlifting this way, but it does work for some people.

I too have been paying a lot of attention to Mr. McGill lately. And, I've been paying special attention to some of his in-person presentations where he brings a small segment of a model spine to explain what the discs fluids bones and nerves might be doing under different forces.

I also stumbled upon a video that talked about flexion and spinal neutrality and stability from a coach, or practitioner's, perspective in the back squat. they had an interesting quip about a neutral back- neutral: is a range.

from McGill, I can surmise that the spinal geometry and the supportive and related structures may be configured in all sorts of ways. which may infer some range of performance.

I refer to this as a performance envelope.
there are certain extremities of performance relative to certain conditions.
everyone has their own limits of flexion tolerance.

my understanding is that this happens to relate to the pliability of the fluids in the discs and fluids, and while warm and mobile allowing for unwanted exposure to disc movement out of place. Stu McGill does demonstrate such forces holding up a spinal segment and squeezing on one side vs both the front and back side of the vertebral segments.

there are best practices as to how to work on these regions of muscles while they are largely isometric (muscles working while not shortening or lengthening) and using thoracic pressure to provide resistance to the trunk stabilizers.
My understanding is that training the lower back under load in concentric/eccentric loading - is something that is generally advised to be rare and light.

Generally - Isometrics is the mode of training the lower back muscles. And my experience with deadlifts and the McGill big 3 does show me that there are direct and indirect reasons for spinal issues.
some of my issues seem to be resolved by working the back directly, some with more abs training, and some from working the lats or the obliques. the spine has several vectors of force which arguably are in some state of balance or imbalance at all times.

Team Leader Certified Instructor
Elite Certified Instructor
Sinister
As for pistol squats, the load on the spine is relatively light relative to the load on the working leg. For instance, a pistol squat with 20 kg would be hard for me -- a good leg strengthener. That's only a load of extra 20kg for my back. Compare this to 90 kg barbell back squat, about the same level of difficulty for me -- also a good leg strengthener, but a load of an extra 90 kg for my back.

Also, as one works up in pistol squats, the back is getting prepared and used to that movement, and the load. I think that being prepared is a stronger determining factor in safety than any rigid rules about exactly how the back should or shouldn't move.

Anna C said:
My thinking is pretty simple on this, FWIW:

And I found getting better at #1 actually helped #2.

Prior to that, my erectors were doing most of the work for #2 and my TVA was less active than it should have been.

Pasibrzuch said:
What about the following:

For most people, the load is not particularly high. Being a unilateral exercise also affects how the load is distributed/displaced - I'm not knowledgeable enough to elaborate on this, but I can say that I've never ever felt spinal stress doing pistols with or without weight (though the heaviest I've ever gone is holding a 24kg KB ).

I imagine in an overly relaxed or tense state it's probably easier to overstretch and throw something out of whack.

Fwiw, I'm cool w. bodyweight working through range of motion and some exercises that place the spine in some flexion but isometrically contracted (stones, etc). But, I'm not a fan of Jefferson curls, seated good mornings, etc.

+1 to everything @Anna C wrote

This is one of those topics that is hugely situationally and individually dependent. Everything i write below is not meant to apply to any or every situation. Pretty much everyone agrees that heavy loading requires a braced spine. There are two camps I see: those that say the spine should not be loaded in flexion (the “anti-Jefferson curl” crowd) and those that say “there is no wrong movement, only incorrectly loaded movement.” I tend to gravitate towards the latter. The more I learn about the body, the more obvious it becomes (to me at least) that joints = movement. The spine has its it’s natural curves to better displace forces placed upon it. Similar to how a tall building is built to move in high winds or earthquakes so as not to topple over, our spine I think moves similarly. It also grants 3-dimensional movement to us. Imagine how your daily movement would be if it were just a straight rod.

Tissues need appropriate loading to adapt, however. Many people start j-curls too heavy. You should start with like 5-10 pounds and see how the move treats you. I’ve seen people who built up, over a period of YEARS, to double-body weight j-curls. They started with very very light weight and stayed consistent with the move.

I would have to do a lot of digging to find good references for everything I’m about to write, so take it all with a grain of salt.

Regarding the spine: I find very strange that we are often told to keep something that has so many joints in its structure still, straight, or stiff. Under heavy loads, absolutely. The rest of the time….I’m not so sure. If someone has pain when the move their spine, does this mean they should never move it again? That’s not me insinuating an answer; it’s me asking a question. As Gary Ward says in the article I linked below: joint movement depends on the movement of surrounding joints….so if you stop all movement at a joint…?

It’s also been brought up before here, but I’ll mention it again: there have been studies showing that the spine moves a lot more than we think even when we’re trying to keep it still/straight.

Regarding squatting and the spine:
Inefficient and/or “suboptimal” squatting mechanics place more load on the lower back. That’s it’s own can of worms though.

For pistols, I wouldn’t be worried about “butt wink.” Not enough load unless you’re doing them with a heavy kettle bell in your hands or something.

Gary Ward has noted that it’s L4-L5 that experience the most amount of trouble in people, and the region of L4-L5 also happens to be near the body’s general center of mass. If the structures around the center of mass aren’t moving the way they “should……” I’ll leave an interesting article for you all. 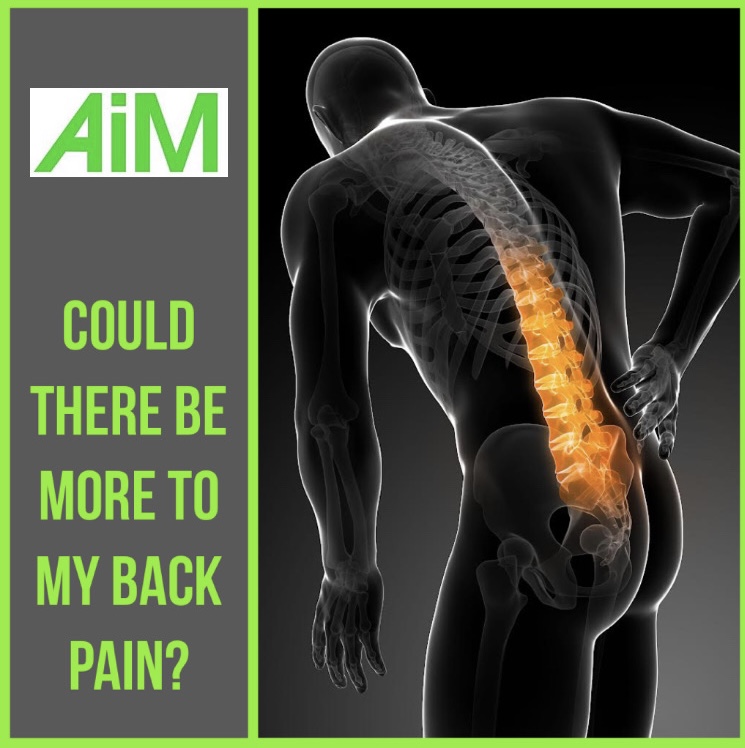 Suffering from back pain? Have you considered it could be a whole body problem? Treating the back in isolation will unlikely get to the bottom of your problem.

bluejeff said:
For pistols, I wouldn’t be worried about “butt wink.” Not enough load unless you’re doing them with a heavy kettle bell in your hands or something.
Click to expand...

I want to highlight the second part - doing pistol with heavy weight isn't the best idea. Back to 2021 I did 40-45-50 kg pistol using double bell. I started to feel some very strange sensation in low back and in the glutes every time I did that. Definitely I would not recommend. Maybe using single kettlebell with same weight would be a better idea because you can held the weight in more suitable position.

bluejeff said:
Tissues need appropriate loading to adapt, however. Many people start j-curls too heavy. You should start with like 5-10 pounds and see how the move treats you. I’ve seen people who built up, over a period of YEARS, to double-body weight j-curls. They started with very very light weight and stayed consistent with the move.
Click to expand...

A little caveat for the starting weight being proportional to body weight.

It has to be enough weight to actually get a bit of a traction effect.