Pavel created a challenge in his Kettlebell Simple & Sinister book. This program involves 100 one-hand swings and 10 get-ups. The 10×10 swings must be completed in 5 minutes by performing 10 swings every 30 seconds, followed by 1 minute of rest and 10×1 get-ups performed in 10 minutes.

The program has two goals that change based on weight: the Simple and the Sinister.

1. Use both hands to lift the kettlebell off the ground to the starting position of the floor press and to return it to the ground at the end of the get-up.
2. The wrist on the kettlebell side is neutral.
3. The elbow on the kettlebell side is locked and the shoulder is packed.
4. The shoulder of the free arm does not shrug up.
5. The heel of the foot on the kettlebell side stays planted during the low sweep, the lunge up to standing, and during the reverse of these actions.
6. The knee touches the deck silently on the descent into the half-kneeling position.
7. The arm holding the kettlebell is vertical or almost vertical.
8. The neck is neutral for the top half of the movement, from the lunge up.
9. In the top position, the knees are locked and the lower back does not hyperextend.
The movement is smooth, without jerky transitions.

To be listed below for achieving the Sinister goal, please send a link to your video to contact@strongfirst.com.

These are the men and women who have achieved the “Sinister” standard from Pavel’s Kettlebell Simple & Sinister program:

How to Win the TSC? With this Program 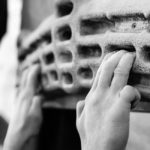 Co-authored by Ryan Toshner Participant registration is now open for this spring’s Tactical Strength Challenge on May 9. Register here. In our previous article, we laid out the most common snatch, pullup, and deadlift technique and tactic flaws that leave a lot of TSC performance potential under-realized. And because our goal is to see people […] 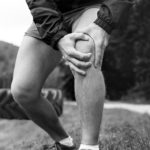 I recently had my eighth surgery and I am neither proud nor am I ashamed of this. In fact, while nobody would consider such a thing to be “good” at first, I’ve actually learned a lot about myself, holes in my training game, and new ways to run diagnostics on my kettlebell practice during the […] 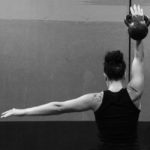 “The Snatch Test”—these words elicit “pure joy” for anyone who is preparing for their SFG or SFG II certifications. They tend to raise one’s blood pressure, increase their heart rate, and make their respiratory rate start to flutter. Brett Jones has a wonderful and very effective way to train for the snatch test. And just […]