Over half a century ago, a group of high-level martial artists published a semi-fictional book Secret Fighting Arts of the World under a pen name John F. Gilbey. One of the stories in it perfectly illustrates the StrongFirst ideal. It is a star on the horizon. You will never reach it, but chasing it will take you higher than you have ever dreamt to go…

Here is the story. The author meets a secretive martial arts master who, after a remarkable demonstration of his deadly skills, throws an unlikely challenge: “I will promise that any trick that you can do which involves the hands or arms, I can do also. This is the mark of a true master: not that he can do sleights that others cannot, perhaps because they have never tried, but that he can make his body do anything that someone else can do.”

This was a fine gesture, I thought. Unfortunately, he was on rocky ground here. For it had long been a hobby of mine to learn any unusual and difficult gymnastic tricks that few others could perform. Through great exertions, I have become able to do possibly the hardest three gymnastic exercises in the world. Few people can do any one of them. So far as I know I am the only one able to do all three. The exercises are:

…I was tempted to go graciously without complying but I thought: he has issued the challenge. Let’s see what he can do with it.

So, not attempting to disguise my pride, I showed the exercises.

When I was done, he commented that it was a fair exercise. And then he did each one with an élan that I could not muster. There was no end to the man. With mixed emotions—crestfallen that he had achieved the tests and overawed by his ability to master his body—I bade farewell to him. I came away wiser.

Our goal is to make you come away from the StrongFirst Bodyweight Strength Instructor Certification stronger and wiser. You should be able to take a look at a great many strength feats and exercises—and quickly reverse-engineer them. You might not be able to do them yet—but you will know exactly how to train for them. With the millions of degrees of freedom possible for our bodies, it is an endless and pointless process to catalogue a multitude of exercises and their variations: giving you the fish and making you dependent to come back for more. Instead, we will teach you how to fish. Once you have internalized the universal principles of strength, you will be able to quickly apply them to any new strength or gymnastic skills.

“The knowledge of some principles easily compensates for the ignorance of some facts.”

This quote by philosopher Claude Helvétius appeared in the late Prof. Yuri Verkhoshansky’s last book. It perfectly sums what we do at the StrongFirst Bodyweight Strength Instructor Certification.

SFB features the classic strength triad—a push, a pull, a squat. The one-arm pushup, the tactical pullup, the pistol. The bodyweight powerlifts.

You will learn beginner to advanced progressions in the big three plus several other key exercises:

But excelling at the given moves is not enough to make a coach. Boxing great Jack Dempsey made it clear:

By the time a fellow becomes a successful professional fighter, nearly all his moves are so instinctive, through long practice, that it’s difficult for him to sort out the details of each move. Accordingly, it’s nearly impossible at first for him to explain his moves to a beginner. He can say to the beginner, “You throw a straight right like this.” Then he can shoot a straight right at a punching bag. But the beginner will have no more conception of how to punch with the right than he had before. That’s the chief reason why so few good fighters developed into good instructors. They failed to go back and examine each link in each boxing move. They tried to give their pupils the chains without the links.

At the StrongFirst Bodyweight Strength Instructor Certification we “detail strip” each “bodyweight powerlift.” We take it apart to down to its smallest components, “clean” it, “oil” it, and then put it back together strong.

We literally reverse engineer the body language and strength of an elite gymnast. Any skill-based discipline possesses what Russian sports scientists call the “model technique.” Anyone who has competed at a high level in any sport knows how many years of practice it takes to approximate it. You must also be aware that, compared to an athlete groping for the right technique in the dark, one who is expertly coached will progress at a lightning speed. Grizzled coaches have their secret toolboxes of “shortcuts.” Shortcuts in the best sense of the word—stunningly powerful cues that hit home and spare hundreds of hours of frustrating empty practice. Here is a telling example: Russian boxing coaches tell young fighters to “feel the elbow in the fist.” Go ahead, try it, punch a bag visualizing that your elbow is inside your fist. You—and the bag—will be impressed by the solid power of your punches.

Strength is a skill. There is even a term in Russian sports science: strength-skill. StrongFirst has painstakingly systematized strength-skill secrets from a wide variety of disciplines.

From professional powerlifting cues to latest breakthroughs in spine biomechanics.

From arm-wrestlers’ cunning alignment to physical therapy techniques for waking up unwilling muscles.

From a firearms instructor’s skill set to yoga visualizations.

For the first time in history, this rich and diverse body of knowledge has been organized into a logical, simple, and principle-based system of delivering instant strength gains. One of its kind, the StrongFirst Bodyweight Strength Instructor Certification will teach you how to apply this concentrated knowledge to a battery of most effective bodyweight strength exercises for a powerlifting quality training session anywhere, anytime.

And build strength that carries over to any tool—be it a kettlebell, a barbell, or a rock.

Drug free national bench press record holder Jack Reape pointed out that learning how to make a bodyweight exercise harder will teach a lifter how to make a barbell lift easier. There is a great synergy between different resistance modalities for an intelligent strength athlete.

Shortly after Pavel’s kettlebell demo at Arnold Schwarzenegger’s 2001 expo Bill Kazmaier, powerlifting and strongman legend, stopped by and casually picked up a heavy kettlebell and held it on his pinkie with his arm out to the side and parallel to the ground. He shrugged off the amazed onlookers and casually explained, “I just know how to use my body.” Pavel watched this feat and could not disagree. Although the kettlebell appeared to hang on the pinkie, its weight still rested on the webbing of the palm. Kaz’s palm faced up, which engaged his stronger front delts. He raised his rib cage, which created a lean back effect without leaning and brought his huge pecs into action. Finally, he let the arm “wedge” into the shoulder blade, which in turn was leaning on the opposite scapula: a sophisticated maneuver gymnasts use in the iron cross. For a biomechanics junkie it was poetry in motion.

Kazmaier was new to kettlebells and could not have known Russian gireviks’ pinkie trick. Given his bodyweight, it was also safe to conclude that he had never done an iron cross. Nevertheless, the great athlete intuitively and immediately figured both out.

Dr. William H. Calvin points out that experts have “stored up a lot of simulated scenarios” and have become “particularly effective in appraising a novel scenario and advising on a course of action.” Which is exactly what Kaz did. Such mastery is the StrongFirst ideal. 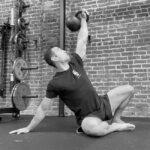 There are times in life where your circumstances do not allow for much training. I am in one of those times as I write this. The only way for me to allocate an hour at a time to train would be to cut into my sleep, which would be a poor trade off considering the […]

Nail the SFG II Press Test with this Six-Week Plan 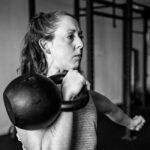 So, you’ve decided to train for the StrongFirst SFG II Kettlebell Instructor Certification. Prepare to get stronger, go deeper into the skill of strength, and learn a lot about yourself. Like any goal worth chasing, earning your SFG II requires perseverance, grit, and coaching. In addition to retesting your SFG I skills and five-minute snatch […]

“Step Up” Your Adventure Training 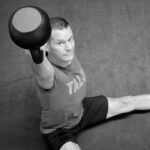 Do you like good food? I mean really good food? I love great food! Have you ever had an epic meal that was so good you could recall exactly when and where it was, even years later? The best meal I have had in years was during my visit to Italy with my comrades from […]