The teaching test is administered at the end of the Certification.

THE PUSHUP STRENGTH TEST (one side is tested)

The student will assume the one-arm plank and lower the torso under control on one arm until the tip of the elbow of the working arm is above the top of the shoulder and press back up. The student is barefoot.

The student will assume the one-arm/one-leg plank and lower his torso under control on one arm and one leg until the tip of the elbow of the working arm is above the top of the shoulder and press back up. The student is barefoot.

THE PISTOL TEST (one side is tested)

To perform a pistol, stand on one foot while holding the other leg out in front and lower to at least parallel and return to the starting position under control. A counterbalance may be used.

Use assistance the student will get into the starting position with a palms up/chin-up grip and the jawline above the bar with the body motionless and hold that position for the required time. The instructor will indicate when the required time has been achieved and the student may safely come down from the bar.

With a palms-forward thumbless grip the student will pull up from a straight elbow position until his or her jawline clears the bar, or the upper chest touches the bar for the required number of repetitions. For each successful rep, the instructor will issue a count indicating a successful rep has been completed.

Videos of the new tests will be posted shortly.

In rare cases a highly accomplished, national, or international-level coach or athlete may be exempt from the strength or technique tests due to chronic injury. The same exemption is available for veteran military, law enforcement, and first responders. These exemptions will be approved on a case-by-case basis. Requests for a testing exemption can be sent here. 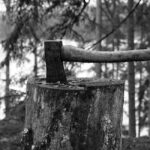 Be as Strong as You Look: 8 Weeks of Built Strong Training 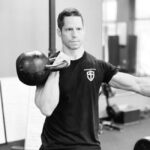 In the first days of quarantine, when things shut down and the composition of my days changed overnight, I came to a quick realization: I may never again have an opportunity quite like this to train for muscle mass. I was a 43-year-old father of two with a time-consuming day job who had been training […]

How I Achieved Five Reps of the Iron Maiden 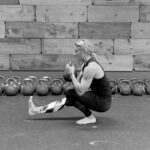