SFG is a highly-demanding Certification, mentally and physically. 25-30% failure rate is typical. Because our SFG Instructors meet the highest standard in the industry, you should expect to be challenged and tested. Do not take your preparation lightly.

Your skills will be tested on these basic movements.

Candidates will complete a number of kettlebell snatches in the time allotted (see table above). Candidates must wear clothing which would allow the testing instructor to see whether the elbows and the knees have locked out, e.g. a T-shirt and gym shorts.

An unlimited number of hand switches and back swings is allowed. The candidate may set the kettlebell down and rest as many times as he or she wishes to.

On each attempt, the instructor will announce the repetition number or “No count.” A repetition is given a “No count” if the candidate has:

The attempt will be disqualified if the candidate has:

Those who fail less than 4 test skills will have an opportunity to submit any skills or snatch test to their Team Leader within a 90 day/3 month time frame following their SFG Certification.

In rare cases a highly accomplished, national, or international-level coach or athlete may be exempt from the strength or technique tests due to chronic injury. The same exemption is available for veteran military, law enforcement, and first responders. These exemptions will be approved on a case-by-case basis. Requests for a testing exemption can be sent here.

Pick Your Perfect Program in 2023 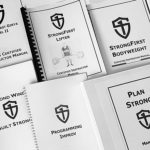 “Water, water everywhere, nor any drop to drink.”— Samuel Taylor Coleridge from The Rime of the Ancient Mariner The quote above from the classic poem describes the availability of programs for the trainee. Programs, programs everywhere, nor a one to follow… It can be classic “paralysis by analysis” and the search for the “right” program […]

Surfing the Waves to Timeless Sinister 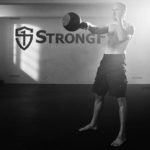 “Each time [the waves] fall, they never fail to rise again.”—Josh Billings You earned the stripes of “Timed Simple.” You took the time and mastered the weights between Simple and Sinister (40kg for gents both in the swing and the get-up, 28kg in the swing and 20kg in the get-up for the ladies). Now, you […]

Seven Steps to Strength: Programming as a Science Experiment 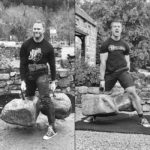 Truth comes out of error more readily than out of confusion. —Francis Bacon What do successful athletes not blessed with Olympic genes have in common?—Patience to tweak their training, one variable at a time, until they have found “their” way. Contrast that with a typical trainee who impatiently switches programs before he has had a […]