What Is Strong Endurance™?

There are times when simply enduring is not enough. One must carry on at a high level of strength, speed, or power. A football game. An obstacle course in a full kit. Moving grandma’s antique furniture. For decades such endurance had been built with “metcons.” Then a Russian professor reframed the question and changed history.

What if instead of training the athlete to tolerate ever-increasing concentrations of lactic acid we trained him to produce less of it?

This Seminar Is a Game Changer for:

Anti-glycolytic training that started back in the 1980s in a country that no longer exists culminated in the XXI century with remarkable performance breakthroughs on a number of Russian national teams in a mind numbingly diverse array of sports: judo, cross country skiing, rowing, bicycle racing, full contact karate…

For the last four years StrongFirst has been extensively experimenting with anti-glycolytic protocols and conducting original research advancing AGT into new directions.

We have been very successful with “anti-acid” endurance protocols for kettlebell quick lifts, pull-ups, push-ups, etc. We also have seen a lot of “what the hell effects”—improvements in non-trained events and body composition.

Then we decided to push the envelope and apply AGT to some event that has an exceptionally “acidic” reputation. We chose a popular timed high rep “high intensity” workout. After all, if it worked for judo, why would not it work for this smoker? It did.

Twenty subjects with at least a year of “metcon” experience were assigned to an anti-glycolytic protocol. Twenty matched subjects who served as controls continued their usual race-the-clock and feel-the-burn training. Both groups also did strength training.

Six weeks later the anti-glycolytic group improved 2 ½ times as much as the controls, shaving off 15 seconds off their time versus 6 seconds. 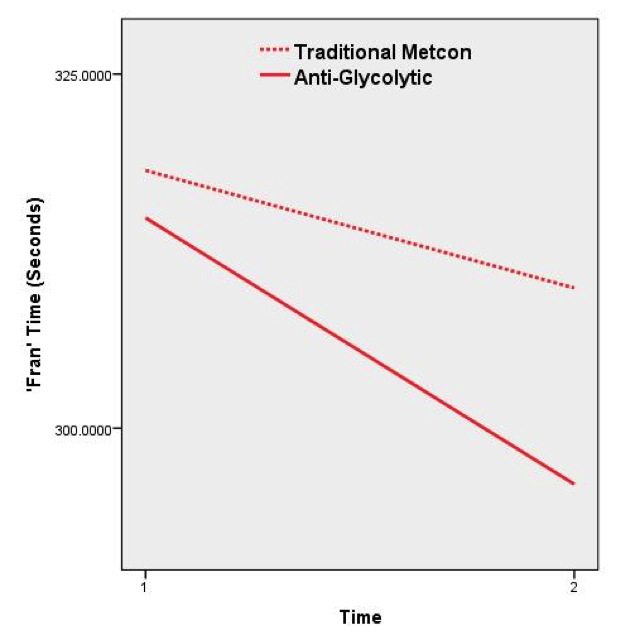 Competing Perspectives, and a New Approach

The traditional one is pushing to the limit: “What does not kill me, makes me stronger.”

The alternative is to train to “avoid (or at least delay) the unfavorable internal conditions… that lead to failure” or reduced performance.

Let us use strength training as an example. The majority of bodybuilders and recreational athletes use the first approach. They train to failure.

In contrast, strength athletes such as Olympic weightlifters and powerlifters follow the second approach. The first 1,000-pound squatter Dr. Fred Hatfield famously proclaimed that one ought to “train to success,” as opposed to failure. The differences between the American and Russian powerlifting methodologies notwithstanding, both countries’ strength elites share the same conviction that failure is not an option.

In endurance training the first philosophy represents the consensus. Coaches expose athletes to acid baths to improve buffering. This is what Arthur Jones from Nautilus called “metabolic conditioning” back in 1975.

We shall go the other way.

What You Will Learn

For example, here is what a high level martial artist had to say about the long cycle clean-and-jerk plan SF 1050:

Initially, I tested the [long cycle C&J at 8] reps with 2x32kg. [Six weeks later] I scored 15 repetitions on the final test while adhering to the sprint pace.

While my weight remained the same, I lost 6mm testing my skinfolds with calipers.

I did visibly gain more size in my shoulders, arms, and thighs (according to my peers).

Regarding elements of performance, I was able to better manage 10 minute rounds of sparring and was able to complete 5 consecutive rounds without needing longer than the customary rest.

I did have a competition near the end cycle and was able to compete against a competitor who outweighed me by 45 pounds. I found that during the match I did not struggle with energy (mid and long term) as I had in past competitions.

A lady professional boxer speaks up after completing the six-week swing and pushup plan SF 033:

Last night I did 10 rounds with two girls who alternated. They were different in style and in weight [both heavier than me]. It has been years since I fought like this!!! Fast, explosive, with all the moves at the end of the combinations, I had gas to sell. Up to the 7th round I was recovering in a flash. From the 7th up I began feeling a little fatigued, but I kept going on well. In the last two rounds I felt tired, but I kept my lucidity and kept pushing…

The “strong endurance” principles have made our conditioning not only more productive but, more importantly, it leaves us with the energy we need to do our primary job, play baseball!!

And this is from a 600+ pound deadlifter who prefers strength to conditioning. He completed the six-week kettlebell snatch plan SF 526:

Less than a month after I took a solo trip to Santa Fe, NM to go mountain biking, 7,200 feet of elevation. I rode close to 17 miles on several marked single-track trails with 2,000 feet overall of elevation gain, with the total weight of about 260 pounds (bodyweight plus bike plus pack).

I was able to ride most of the goat-like technical climbs and long, gradual ascents with little trouble… I was pleasantly surprised at my ability to recover in-between climbs and it was the first time I didn’t have to stop due to cramps…which made for a fun and enjoyable day, even though it was very challenging… Thanks for the great program!

Learn the system and add your story…

Learn how to build a race car—with a hybrid’s fuel economy. 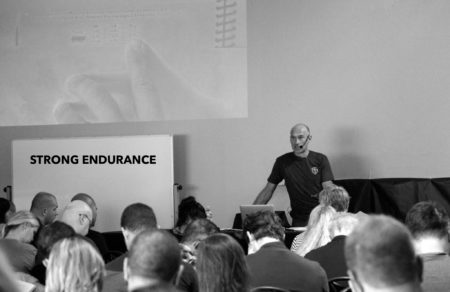 If there are no workshops in your area, please check the schedule later or learn from our Online Courses.

How I trained to become a Guinness World Record Holder 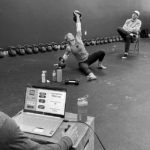 “Strength has a greater purpose.” The very famous words of our leader, Pavel Tsatsouline, ran through my mind over and over. I had lost my older brother to suicide the Summer of 2021 and felt a burning desire to “do something about it.” That’s when I found an organization at West Bend High School called […]

Keeping A Resilient Back as We Age 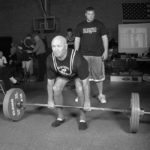 Meeting Pavel for the first time about twenty years ago changed my life. It is a story that has been told in these pages before. I was impressed with this quiet gentleman who knew so much about training systems far from the American tradition. We discussed the eloquence of Russian sport science that produced performance […] 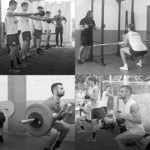 In team sports, soccer being a prime example, the time available to train an athlete’s physical strength is quite limited. The majority of training is spent performing tactical and technical sport related exercises. Keeping this in mind, I planned a new strength program for Renate Calcio, one of Italy’s professional soccer teams, around two fundamental […]