There are many ways to get strong.

Most are mediocre, some are effective, a handful are extraordinary.

One—if not the only—system in the third category is the Soviet Olympic weightlifting methodology of the 1960s-1980s. Names of Vlasov, Rigert, Alexeev, and many other Soviet champions of that era were written in stone in the history of strength. Some of their records, e.g. Vardanyan’s and Zakharevich’s, are still untouched thirty years later.

Yes, drugs are a part of that story—but let us not kid ourselves that the opponents were clean and that steroids were an exclusive domain of the Soviets. Everything else being equal—with everyone juicing—the best method still prevails.

“I am not crazy about Bulgarian seventeen-year-old world champions. They are gone too quickly. I am convinced that weightlifting is an occupation for men… Our weightlifting school is most reliable. For instance, Vasily Alexeev lost to no one for almost ten years.  And more than that—he kept setting world records until he was 36 years old!”

“I should not complain either,” continues Rigert who broke 63 world records over a decade. Several years after he hung up his lifting belt to became a coach, David decided to challenge one of his students, the super-heavyweight world record holder of the day, to a clean pull contest. The much lighter Rigert who had done no lifting apart from coaching demos for four years matched the young gun’s best deadlift.

David Rigert’s coach Rudolph Plyukfelder won the Olympics at a tender age of 36—a feat never repeated in the sport of weightlifting. Today eighty-some-year-old Plyukfelder casually does rock bottom jump squats with 200 pounds for reps.

The System did not have a single author; it grew out of corroboration between Medvedev, Vorobyev, Chernyak, and other scientists, many former champions themselves. While all these giants had their own take on details, in principle they agreed on the following:

“An increase in the volume of training loads leads to long term [structural and functional] changes in the organism… builds a foundation for increasing strength… Of course, strength grows at the same time, but not too much. [Then] an increase in intensity assures a quick conquest of new results. But by itself intensity does not produce deep adaptive responses.”

The lion’s share of this foundation volume must come from moderately heavy weights. Half of the Soviets’ lifts were with 70-80% 1RM.

2. Training Loads Must Be Highly Variable

In the West, the key word in strength planning is “progression.” In the East, it is “variability.”

You might find it crazy, but the Soviet system did not chase rep PRs. Where an American powerlifting cycle is carefully laid out to set personal bests—the best set of five, the best triple—a Soviet coach just put the reps under the lifter’s belt in a sophisticated loading pattern that was anything but linear.

Did you know that the popular-in-the-West scheme of three weeks up and one down was used only by low-level Russian athletes? It was not unusual for the elite to have their tonnage double from one week to the next—only to fall like a rock again in week three and do something equally unexpected in week four. Although not as sharply, intensity also changed suddenly.

Prof. Arkady Vorobyev discovered that sharp changes in training loads pack a punch like nothing else. A classic experiment by a researcher from his team, A. Ermakov, demonstrated that a training plan with load “jumps” was 61% more effective that a plan with traditional smooth waves.

Note that the above formula applies only to weights in the 70-90% 1RM range. Heavier than 90% weights are all lifted for singles. For weights below 70% the rep count is typically around 1/3 of the maximum possible.

Although the Olympic lifts are not my specialty, I pay attention because the programming principles discovered by Soviet specialists in this field are universal for all strength training. A case in point, the training system of today’s victorious Russian National Powerlifting Team was designed by Boris Sheyko, formerly a weightlifting coach. If you are familiar with my work, it will be obvious to you that my most effective programs like “Grease the Groove” and the “Rite of Passage” are also firmly rooted in the above principles discovered by the great minds of Olympic weightlifting.

Although “Grease the Groove” and “Rite of Passage” have been remarkably successful, for a long time I have been unsatisfied, unable to apply many gems of the Soviet weightlifting science to strength training outside of competitive weightlifting, especially when it came to waviness of the load. Some of the weightlifting periodization schemes were too sophisticated to disassemble and reassemble to benefit anyone but rare strength nerds. Many tactics refused to be translated into use with kettlebells due to large jumps in sizes. But I kept at it, trying to develop algorithms that would enable any reasonably intelligent person without a specialized background to design exceptionally powerful strength training plans—kettlebell, barbell, or bodyweight—fully in compliance with the methodology that won Mother Russia so much gold.

I believe I have succeeded.

Thirteen SFGs with a starting max of a 40kg strict single-arm kettlebell military press followed one particular plan. After eight weeks, eleven out of the thirteen—85% of the subjects—were able to press 44kg. (Two of them put up the Beast, but one admitted his starting max was closer to 44kg than 40kg.) On a similar plan for the ladies with a 20kg max, a third of the subjects advanced to 24kg and the rest repped out with the 20. Anyone who tried to push up his or her military press once they have reached the point of diminishing returns will tell you that this is some serious progress. You are dealing with small muscle groups with high neurological efficiency and, unlike the squatting muscles, they are very reluctant to get stronger.

Many of the subjects commented how unexpected and seemingly random were the load jumps from day to day and week to week. Yet they were anything but random. American program design may be compared to a photograph, and Russian to an impressionist painting. An experienced eye can easily see the logic behind an American powerlifting plan. A Russian plan, when you look at it up close, is just noise. Remember the scene at the museum in Ferris Bueller’s Day Off? Cameron zones out in front of George Seurat’s spectacular painting. His eyes unfocus and the image of a little girl washes out into a blur of colorful dots.

You have to step a lot farther back to see the pattern in what appears to be chaos. 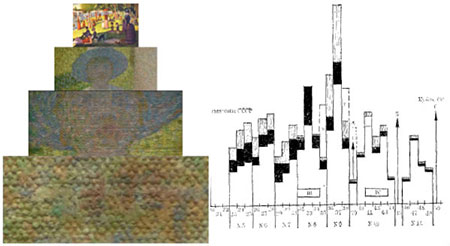 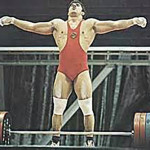 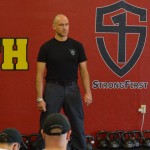 How to Get Good at Programming
To create good programming, you need to study successful program designs of strength coaches operating within the same training system. 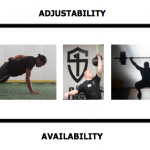 Why Kettlebells, Barbells, and Bodyweight Demand Different Programming
You must be tactically flexible to accommodate to the opportunities and limitations of each implement in regards to kettlebells, barbells, and bodyweight training.

The 5-Week TSC Deadlift Plan
If you have decent technique and have been building your base with sets of five, the following plan will give you more than a fighting chance of a deadlift PR.
Pavel Tsatsouline

48 thoughts on “The Origins of StrongFirst Programming: The Soviet System” 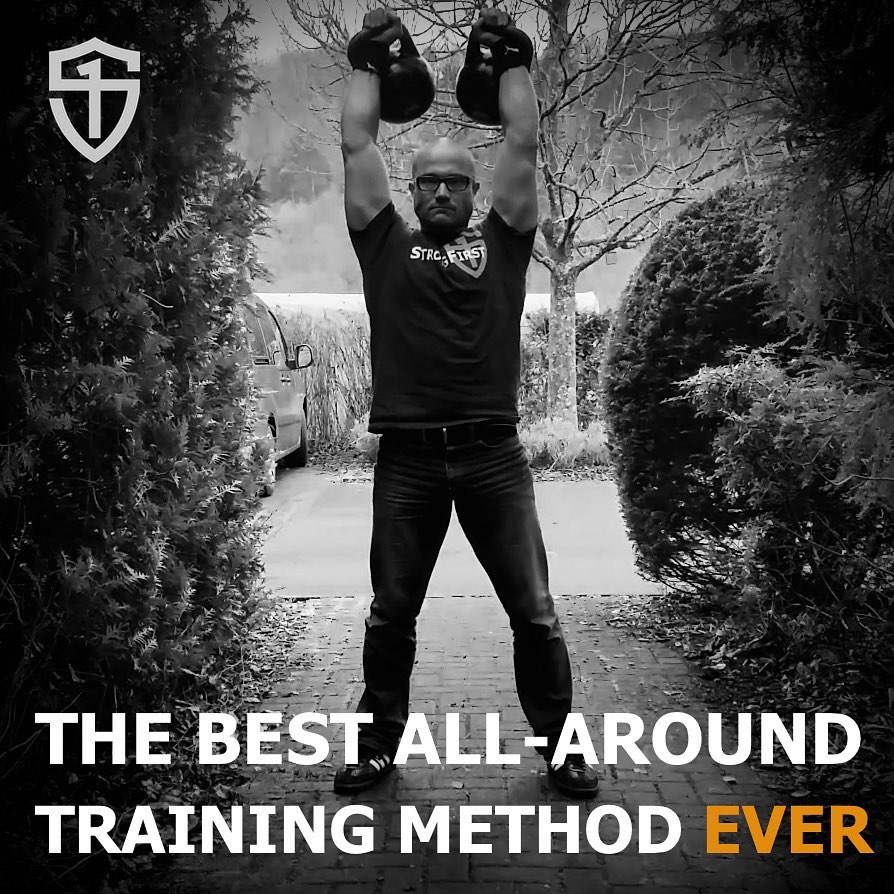