All I did was try not to think. Instead, I was focused on my breathing. Inhale. Exhale. Repeat. I knew my body had the movement memorized, as I had done it countless times before the challenge.

I wanted to blast that kettlebell through the Dome and I knew I had to explode once I reached the bottom position of the pistol. I approached the bell, cleaned it, descended to the bottom, and BOOM! I blasted off. Pistol complete.

When it comes to the Beast Tamer Challenge, here are the StrongFirst rules for the pistol: 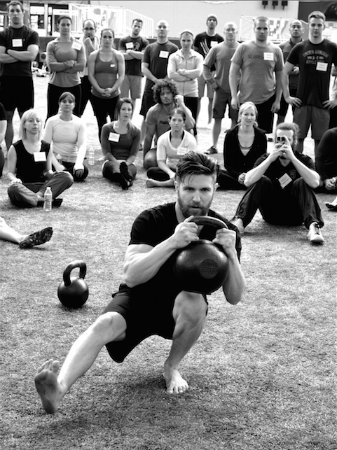 Follow the Principle of Specificity for Beast Tamer Training

So if you want to be a Beast Tamer, then your training should primarily consist of the pistol, military press, and pull-up. All you need to do is one repetition for each exercise, so your training should consist primarily of single repetitions. Your program should also involve periodization of load, intensity, and volume in order to force an adaptation (i.e. get stronger).

The moral of the story is not to get too crazy with your training. Keep it basic and simple. These are two of the most important training tips I can give you for any training that you will ever do.

Technique Tips to Help With Your Beast Tamer Pistol

As you can tell, the pistol requires mobility of the ankles, knees, and hips. Other than mobility and strength, balance is probably the most important physical skill required to complete a pistol. I referenced mental imagery in part one of this series. You will want to use your mental imagery before beginning any major lift. Just do a replay of you performing the exercise in your mind.

I recommend holding the kettlebell with both hands in the goblet position as it allows for the most balance since it’s centered and you also have both hands instead of one to hold the bell. Once you’ve got the the kettlebell in the goblet position, you will want to do a static stomp with the working leg in order to generate tension and balance you out.

Next I would do a tempo-based deep inhalation in my descent to the bottom, while simultaneously generating as much hamstring and glute tension as possible all the way down. This generation of tension will keep the movement balanced and controlled. Your inhalation should end once you reach bottom position and everything should be extremely tight because you have generated as much tension as possible similar to a “coiled spring,” as Master SFG David Whitley likes to put it.

During your descent, it is also important to keep the kettlebell tight to you in the goblet position. If the kettlebell gets away from you, then it could compromise your pistol by off balancing you, which could also get you disqualified if it touches your leg. What should you be doing with the non-working leg? I recommend keeping the leg straight and toes flexed. You don’t want this leg moving as it could also jeopardize your balance.

The last part is the ascent, which should be initiated with a tempo-based exhalation, simultaneous heel drive, and firing of the quadriceps. You want to explode or uncoil the spring by releasing all the tension you have generated in one forceful motion.

One of the hardest parts of this movement is the transition from the eccentric to the concentric motion. Just make sure you are tight at the bottom, and that you concentrate, putting all your focus and attention into the change of direction. Oh, and be sure to lock out the hips at the top.

GET STRONGER AT THE SFG CERTIFICATION 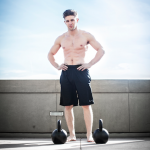 Get Stronger: Chronicles of a Lightweight Beast Tamer
Becoming a Beast Tamer began as an idea , but once I came up with the perfect formula I knew I could tame this Beast. The formula was simple: get stronger. 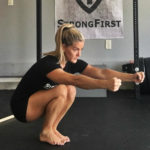 A Simple Handbook for Pistol Assessment and Correction
All too often, we see exercises being done with poor technique—the pistol, in particular. The key to developing excellent movement is the continual application of assessment and correction. 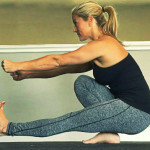 One Good Rep: How to Perform the Perfect Pistol
The bodyweight pistol and its progressions are great for grease the groove training as they can be done anywhere at any time. But, you first need to be able to perform a perfect rep. 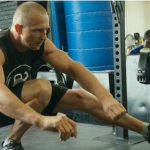 How to Build Up to 1 Pistol – Then 100 Consecutive Pistols
First, learn how to do the perfect pistol. Then follow my plan and before long, you'll be performing 100 consecutive pistols and reaping all the associated benefits.
Kenton Boutwell 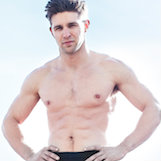 Kenton Boutwell is co-founder and CEO of GymCloud and co-owner of Evolve Fitness Nashville.

He can be reached at kenton@gymcloud.com.

One thought on “Chronicles of a Lightweight Beast Tamer, Part 2: The Pistol”