There are many ways to assess the quality of your kettlebell training. One is being mindful of how your training feels. Another, admittedly more scientific way, is to keep tabs on how fast your body is moving to determine how fast and hard you’re swinging, cleaning, snatching, or pressing the bell. In other words, how much power you are generating.

While movements like the get-up are more about precision, the quality of many others is directly tied to the velocity you generate in every rep. Once you start to slow down beyond a certain point, you need to stop because, as Pavel often says, “Fatigue is rarely a good teacher.” That is why speed and power are at the heart of his new book, The Quick and the Dead (Q&D).

To learn more about how you can enhance Q&D testing and training, and to discover more about the benefits of a velocity-based approach, we decided to hit up Chris Chapman. As you may recall from an episode of the StrongFirst Podcast, he was previously Head Strength and Conditioning Coach at the Canadian Sport Institute, Ontario, and is now Director of Sport Science at PUSH, creators of the StrongFirst PUSH Band. We asked what he has to say about how to utilize quantitative analysis in your training, recent advances in velocity-based training, and more.

What was your introduction to kettlebells?

I read Pavel’s book The Naked Warrior many years ago, and it piqued my interest when I found out that he’d done lab testing with Dr. Stuart McGill, who my academic supervisor trained under.

Then Pavel’s book with Dan John, Easy Strength, really changed the way I thought about training. It was so simple and effective.

Kettlebell training opens up possibilities that you don’t have with other tools. For example, rapid eccentric and concentric contraction, and moving through different planes of motion. I have a set of bells in my living room and throw one in the back of my car when I’m traveling.

As a coach, what advice would you give to aspiring Gireviks?

A little instruction goes a long way. You can probably find a coach or class near you and will benefit greatly by building both confidence and competence.

A little money also goes a long way, and assembling a set of kettlebells that will serve you well for many years is one of the best investments you can make.

Can you explain the basics of velocity-based training?

If we want to simplify velocity, we can just use the word ‘speed’. The concept of velocity-based training (VBT) has been around for a long time. If anyone follows Westside Barbell or saw the recent documentary Westside vs. the World, they’ll hear Louie Simmons talking about it. And before that, it was an important part of the Eastern Bloc’s training philosophy.

The reemergence of velocity-based training was driven by the desire of coaches to measure speed in the weight room. We can think of this approach as chasing speed, while weight training chases strength. When you combine the two, you get power. Our goal at PUSH is to create technology that makes VBT accessible and affordable.

What were the limitations of early VBT technology?

A big one was cost. In the beginning, it was only for elite athletes and programs with high budgets. Dan Baker, a pioneering researcher in the field, had a rack system as early as 1993, but it was very expensive.

I was an early adopter of wired VBT systems and found that another significant limitation was processing power. I was literally typing the numbers into an Excel spreadsheet after each session, which meant the data wasn’t very usable during my training.

More recent innovations have not only removed the need for a wire but also reduced the number of non-contact hours—time when you’re not face-to-face with your athletes—needed to make the information actionable.

How does the latest PUSH Band improve on the first version?

One of the reasons I was brought in was to validate the effectiveness of the first iteration. I found that the data wasn’t holding up to my standards.

We realized that the product could only be improved if we added new sensors. These allow you to not only wrap the band around your arm but also place it on a barbell. This enables coaches to use it conveniently for multi-athlete workflow.

How can the PUSH Band be used in kettlebell practice?

The PUSH Band 2.0 is one of the only options for evaluating speed during kettlebell training. A string-based system wouldn’t work because of the friction.

The beauty of the StrongFirst approach is simplicity. This means there’s a relatively small list of exercises, so you can establish some baseline numbers very quickly and see how you’re starting to improve.

Most people find the band very easy to use—you just strap it on your arm and get going. If you see that you’re having an off day, you can still maintain the quality of your session by reducing the volume.

How can VBT be applied to The Quick and the Dead?

The Quick and the Dead protocols are very effective by themselves—adding technology just gives you another layer of quantitative feedback in the moment and allows you to see your progress over time on the back end without you having to put in extra effort.

With the PUSH Band, you’ll be able to precisely measure your speed and see when your quality level is declining. It’s very hard to notice a 10 percent decline using just your eyes, whereas with a device that gives immediate feedback, you can know when fatigue is setting in before you feel or see it. Then you’ll know it’s time to stop and rest.

A straightforward way to get started with the PUSH Band is to set an alarm that alerts you when your velocity drops too low. If you use it when you do the initial assessment Pavel gives in the book, and then during the six weeks of training that follow, you will easily be able to see how you’ve improved objectively when you re-test.

What happened when you combined Q&D with the PUSH Band in your own training?

I did a compare/contrast between doing The Quick and the Dead protocol with a kettlebell and doing a standard barbell workout. With the same rate of perceived exertion, I was able to almost double my mechanical output with lighter loads when using the kettlebell. And I did so with much more speed and power.

An experienced instructor might rely exclusively on their coach’s eye to see when speed of movement declines. How can VBT technology add to this approach?

At the least, it will validate what you think you’re seeing and, in some cases, might challenge your assumptions.

We conducted research with a Canadian university that looked at people’s ability to measure spinal motion subjectively. The majority of participants struggled to register less than 40 degrees of flexion, which is a lot. Another study found that even when people are trained in what to look for in the motion of the knees, there’s still a plus/minus 15 percent margin of error.

The human brain is very adept at recognizing patterns, but not so much when it comes to monitoring minute variables. That’s where something like the PUSH Band comes in. The objective measurement and instant feedback it provides can improve performance and remove the guesswork. It doesn’t replace coaching but does reinforce it.

What did you find most useful in The Quick and the Dead?

It’s concise and easy to read, but the underlying science is sound. A lot of the books I read are textbook-like with their references, but this one is much easier to read, while still having evidence-based credibility. If you want to go into great depth with the physiology, Pavel takes you there in the Strong Endurance seminar, but the lay reader doesn’t have to.

Q&D is also surgical in how precise it is; you’re just focusing on two exercises but you go really deep with them. HIIT has been pervasive for so long and a book like this—which Pavel rightly calls the antidote—is overdue.

I also enjoyed how Pavel introduces concepts like “rolling the dice” to explain variability and other topics that you don’t come across in North American coaching very often. In the end, the primary principle of Q&D is about maintaining quality, which is where our technology makes a big difference. 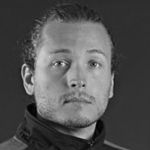 Chris the Director of Sport Science at PUSH and a strength and conditioning coach. Before joining PUSH in 2016, he worked as the Head Strength & Conditioning Coach at the Canadian Sport Institute Ontario (CSIO), the government not-for-profit that supports Canadian Olympic and Paralympic athletes. He was directly responsible for the training and testing of their national teams in CanoeKayak, Gymnastics (Trampoline), and Freestyle Ski (Slopestyle). He also worked with numerous other national and provincial teams including Ice Hockey, Figure Skating, Cycling (Mountain/Road), and Basketball.

He has an undergraduate degree in kinesiology from McMaster University, specializing in athletic therapy and exercise physiology, and a Master’s of Science in Biomechanics from the University of Toronto, specializing in quantitative motion analysis and lower limb mechanics. He holds numerous designations including Certified Exercise Physiologist (CSEP-CEP), Certified Strength and Conditioning Specialist (CSCS), Kinanthropometrist (ISAK-1), and coach trained through the Canadian National Coaching Certification Program (NCCP) in Olympic weightlifting and athletics (sprints and jumps).