Early on in my education with kettlebells, I would hear occasional stories about people who followed a pressing-intensive program (Rite of Passage or Return of the Kettlebell, for example) and when these people returned to pull-ups, they either matched a previous personal record or improved on that PR. Given that these people had dialed their pull-up work way down in favor of pressing, these stories made me curious.

Then there would be an occasional story about the exact opposite—someone doing a pull-dominant program whose pressing numbers either stayed the same or improved. Again, these made me curious. 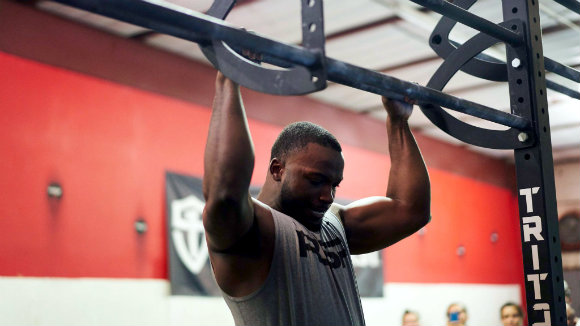 With what I had learned about training and how the body adapted to stress, I was very curious about this. As I got deeper into my education with the kettlebell, I found out these were not random instances, and actually were frequent enough occurrences that they were categorized as the WTH (What the Hell) Effect—“happens all the time, but we aren’t sure exactly why.”

Like many times in life, that explanation was not enough for me.

Waaaay back in the early 2000s, I read a book about training and one part of the book described the 7 Fundamental Movement Patterns that make up everything training related:

My mind was blown.

As I read more and listened to more experienced trainers, I came to find out this was pretty common information. I ran across these seven patterns in several different resources; some described it exactly the same, but some described it slightly differently.

I started looking at things done in training through this new lens: the goblet squat is a squat; the deadlift is a hinge; the press is a push; the pull-up is a pull; the swing is a hinge; the get-up is an anomaly; the clean is a hinge and a pull; the snatch is a hinge, a pull, and a press all while controlling rotation.

My head started to hurt. And it didn’t stop there. Where do carries fall? Where does an Olympic-style snatch fall? What about a sled push or sprinting while wearing a weight?

Like many times in life, this explanation was not enough for me. 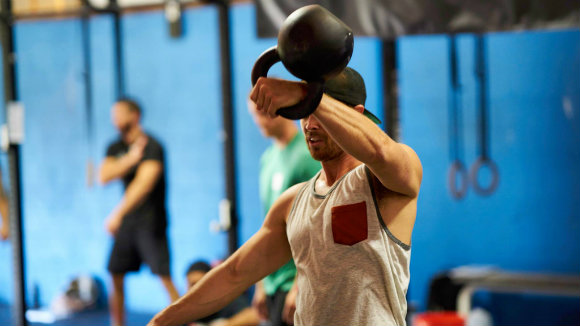 In 2009, right after my son was born, I began Movement Restoration. My purpose was to reduce both rehab and training back to the simplest and most basic components possible—and have a solid explanation for it.

One of the earliest pieces of information that struck a blow to everything I believed came from the book The Brain That Changes Itself. What stuck with me was how the cortex of the brain (where movement resides) only recognizes patterns. Immediately, my mind flashed to the 7 Fundamental Movement Patterns I had been exposed to earlier.

But then I kept reading and learned that what the central nervous system (CNS) sees as a “pattern” and what we call “patterns” are different. (And this is where the air goes out of the balloon.)

What we called “patterns” are actually several smaller patterns put together to complete a task—a squat pattern is a series of smaller patterns. How can a pattern be made up of patterns?

Then, I came across what nature calls fractals—a series of repeating patterns. Typically, these repeating patterns add strength to what they make up. Seashells, trees, leaves, stalactites/stalagmites, and snowflakes are all fractals. Each is both very delicate, but quite strong given what it is comprised of.

If nature uses fractals to add strength to delicate structures, and movement is an expression of nature, then is movement a fractal? Patterns that make up patterns?

So then, I changed my verbiage—I tossed out the “squat pattern” for the words “squat strategy.” A squat is a squat. The ankles, knees, and hips flex with a vertical(ish) trunk. But putting a bar across the back changes things compared to holding a kettlebell in the front rack. It’s the same, but different. The same in that the ankles, hips, knees, and trunk are doing the same thing, but the context of the implement makes things different. The strategy to squat requires the same movement components, but will vary in the context of the situation. 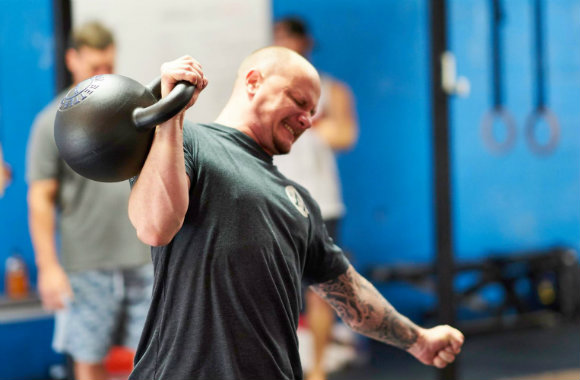 I wrote an article in 2016 that explained the neurodevelopmental sequence (NDS) slightly differently than how people had been looking at it. I did this based on what I’d learned, experienced, and clinically seen.

Movement is an expression of nature, and movement strategies are made up of smaller patterns, but these smaller patterns are not what we typically see. Watch a baby develop and he or she will show you these patterns, but hidden within other things—babies are like mini-magicians. These foundational patterns are: breathing, head movement, pushing down, weight shifting, perturbations, and dissociation.

Here is a brief description of what each of these foundational patterns actually is:

Mix all these foundational patterns together within the differing postures of the NDS and you have the movement strategies (whatever you want them to be).

What does this have to do with the title of this article?

Pushing and pulling are mirrors of each other. The military press and the pull-up are the same movement strategy, but they differ in context (the bar being fixed versus mobile). If we look at what is occurring at the shoulder, elbow, wrist, and spine, it is the same. If we go back to how the CNS recognizes/stores movement, we recall that the brain sees these movements as the same strategy. If we look at what foundational patterns comprise pushing and pulling, we get perturbations (moving of the limbs in space, on a fixed platform, etc.).

Think about the instructions given for a properly executed kettlebell press regarding the active negative—“Pull the bell down.”

Every great coach has always said the same thing regarding any loaded press—kettlebell press, barbell military press, bench press, behind-the-neck press—pull the bar/bell down on the eccentric.

It is the explanation of the statement “same but different,” as well as many of the WTH effects we see. 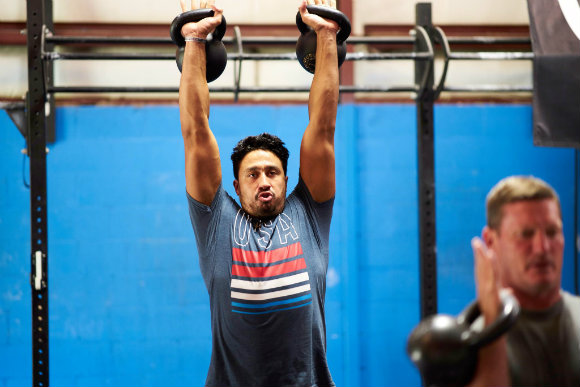 When we start viewing the press and the pull as more similar than different, this opens the door from a programming standpoint. It is quite common when people are training for the SFG Level I Certification to develop tender shoulders or elbows because of the perceived need to press more. To press more you need to press more, right? While this is true, training with pain rarely has big payoffs. And many people who have pain with pressing are able to pull pain-free.

DISCLAIMER: Pain is not a fitness problem, it is a health problem and deserves being treated as such. If you are in pain, find a licensed individual to address it—but remember to research who this person is so you find a licensed healthcare provider you are comfortable with.

A healthy balance of pushing and pulling can minimize stress on the sensitive structures of the shoulder (biceps tendon, joint surfaces, AC joint, bursa, etc) that typically don’t respond well to a lot of compression. But also keep in mind that if you push one day and pull the next, you are still stressing those structures. Keep recovery in mind when programming so that you get adequate rest/recovery time to these areas.

Typically when I’m in “get it done mode” and not specifically training for anything, I will press once a week and pull (pull-ups or rows) twice a week, and then the following week, I will reverse that. On any given day, I can grab the 48kg and press it—not a “Mike Sousa SFG Team Leader double-beast with a smile on my face for reps” press, but a “press it overhead without needing six weeks to train for it” press.

Brandon Hetzler is a Certified Athletic Trainer who serves as the Manager for Mercy Sports Medicine in Springfield, Missouri, where he oversees the Sports Medicine program as well as the Sports Performance program. He helped to develop the curriculum for and teaches in the Masters of Athletic Training degree at Missouri State University. He is a StrongFirst Senior Instructor, SFG II, SFB, and SFL and holds several additional credentials in multiple training disciplines.

13 thoughts on “Pushing for a Better Pull?”