I had three reasons why I wanted to accept this new challenge: 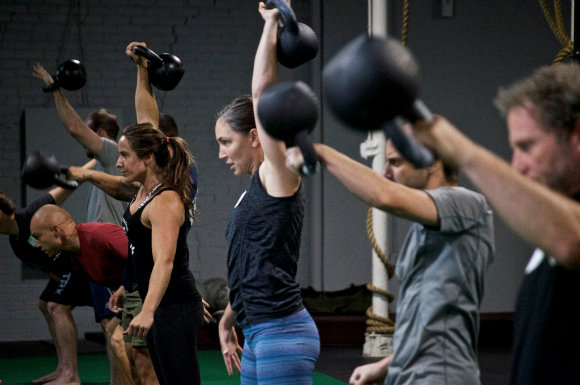 Somewhere in the busyness of life over the past few years I got off track—I stopped being a student and was only a teacher. I taught SFG Certifications, FMS workshops, and in graduate classes at Missouri State University. I taught my coworkers at the hospital where I work. I taught my own workshops. I trained people for the SFG Level I and Level II Certifications, for marathons, and to excel at their sport.

In the midst of all of that, I became stagnant. Don’t get me wrong—teaching others was rewarding for me and I did learn from those I taught. But, it is not the same as submitting yourself to other teachers and being taught. I believe in a saying that states, “If you are unwilling to be taught, you are unworthy to teach.”

They say with time comes wisdom, and over the last few years of being involved in leadership positions in multiple organizations and observing others in leadership, I formed a jaded opinion based on what I kept seeing—that many people in leadership lose perspective. I witnessed leaders making decisions based on their perception of reality, which might not have been the reality of those they were leading. These leaders had lost touch with what it was like to be on the frontline of their organization. The question this created in my mind was, “I teach people at SFG Certifications and I train people to go through these same weekends, but can I still go through an SFG Level I?” 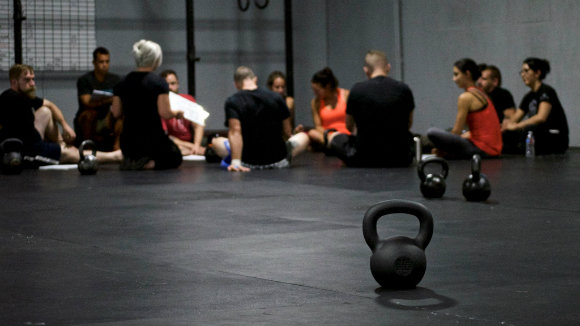 Additionally, I wanted to be an example to my son—to show him that you need to have goals, set priorities, and stick to them. Children mimic their parents. Warning: science-y facts to follow. There are these wonderful things called mirror neurons in our brains that work overtime in children. These mirror neurons help to accelerate learning. Remember, kids learn to move with no verbal instruction. In essence, they see what those around them do and try to mimic it. Show me a kid that moves poorly (or doesn’t move) and likely there is at least one parent who moves poorly or doesn’t move. I wanted to be a positive influence on my son and at the same time prove to myself that older me could still make it through the weekend like younger me did.

Note: There is one thing I have left out to this point—thanks to Brett Jones, I went through the Level I Certification weekend with the 28kg kettlebell instead of the 24kg. Go big or go home, right?

The SFG Level I Difference

Here is what I experienced in my SFG Level I Certification weekend. My new-school versus old-school: 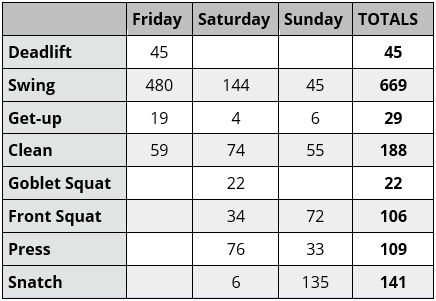 My experience as a StrongFirst student was awesome. It challenged me, it educated me, and it grounded my perspective. Things in today’s StrongFirst are different than in the past—that is our reality. We are a living, breathing, organic organization that is constantly evolving. With any change comes opportunity—opportunity to grow, to evolve, to learn, to move forward, to complain, or to resist. Overall, I would say that today as an organization we are better than we have ever been and we are proactively moving in the direction to continue to be the benchmark in physical training.

The best part of this? Every student that comes to StrongFirst will leave better than when they arrived—whether they visit the blog, attend a one-day Kettlebell Course, or attend a multi-day Certification. The StrongFirst experience is a transformative experience, even for those of us who have been through it before.

Brandon Hetzler is a Certified Athletic Trainer who serves as the Manager for Mercy Sports Medicine in Springfield, Missouri, where he oversees the Sports Medicine program as well as the Sports Performance program. He helped to develop the curriculum for and teaches in the Masters of Athletic Training degree at Missouri State University. He is a StrongFirst Senior Instructor, SFG II, SFB, and SFL and holds several additional credentials in multiple training disciplines.

5 thoughts on “The Most Effective Leaders Lead by Example”