As expected, StrongFirst blew me away with an incredible weekend, at the SFG Level II Certification. We are lucky to be able to learn from the phenomenal lineup of Masters, Seniors, Team Leaders, and Assistants that StrongFirst has put together.

To pass your Level II, you need to re-certify in all Level I skills and also test for Level II skills.

Tested with one snatch-sized kettlebell: 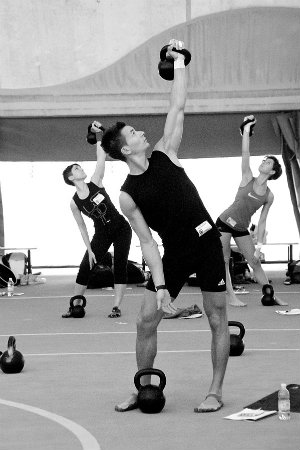 What to Expect at Your SFG Level II Certification

After check-in on day one, you weigh in and do your pull-up/flexed arm hang test. In the morning, you will also perform the snatch test and one-third bodyweight (for ladies) and half bodyweight (for men) clean and military press test. The afternoon consists of Level I skill review and practice. The last thing we did on day one was test Level I+ skills.

The second day is devoted to Level II skills. Just like in Level I, they break the skills apart into small elements for practice and troubleshooting before putting the entire lift together.

The last day was spent on more practice, fine-tuning the skills we learned the previous day, and taking the written test. After lunch is a little more practice, then skill test time! And of course the finale: the grad workout!

Since you have already been through the SFG Level I, you have etched in your memory the pain and fatigue you felt from that weekend. You remember all the swings — so many swings! Your hamstrings hurt in a way they never had before, your hands were blistered and ripped, and you would not let anyone near you sit in flexion for fear of more swings.

While Level II is not a walk in the park, the volume of what you do is less. Level II candidates have “earned their stripes,” as they told the Level I candidates in Chicago. You are working on more technically difficult skills this time. I was tired and sore, but the degree was significantly less from Level I. 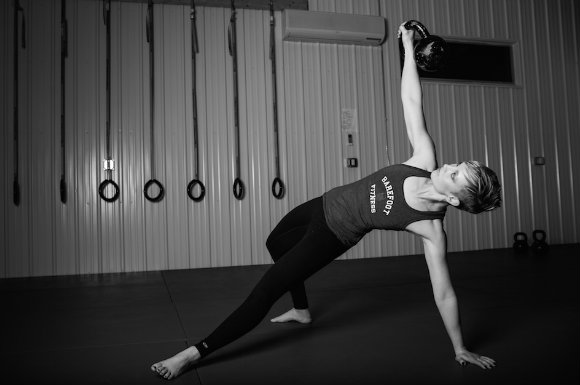 Once again, you need to do the dreaded snatch test. Everyone has his or her own preferred method to this. I personally like to switch hands every ten and go non-stop until I hit 100. If you’ve done this before, you know what works for you.

I do not recommend massive numbers of snatches for preparation. You do not want to show up with torn hands or wrecked shoulders. I did lots of heavy one-arm swings with some heavy two-arm swings thrown in to build my endurance. I practiced the five-minute test once per month. Be sure to check out Aleks Salkin’s awesome blog about making the snatch test a bit easier.

The jerk for me was, well, somewhat of a jerk. It took quite a while for me to get the timing down. My snatch bells are 12kg. I am “too strong” for these bells and it actually made it more difficult because I could press them out. I trained 14kg or 16kg for a long time to get the timing down. Then, in the last few weeks practiced again with 12kg to make sure I could do it with the light weight, too.

My other issue was my instinct to start in more of a hinge pattern. (This is what we are used to right?) One of my teammates told me to think of the first dip more as a barbell front squat to encourage my back to stay vertical. She also said to let my knees come forward a little bit. Big difference. I was able to keep better tension in my abs and made the entire lift more effective. I applied same cue to the push press as well. 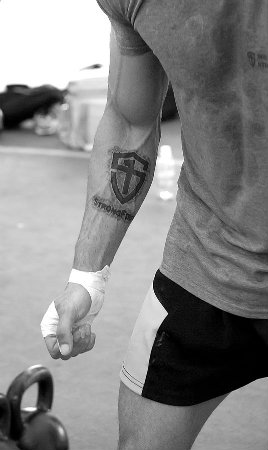 I am a big believer in being prepared, so I trained for five months. My plan was four training days per week including a Level I skill day, a Level II skill day, and two strength days. There are lots of overhead lifts happening for Level II, so I needed to be careful not to burn out my shoulders.

The skill practice days were somewhat short. I really did consider them just practice, not a workout. Each practice started with one to three get-ups after my regular warm-up/correctives. I most often practiced my skills in ladder format or 5×5 sets.

The press can be a sticking point for many people at Level II. I included low-volume press work in my strength days along with barbell deadlifts, back squats, and weighted pull-ups.

I used Eustress training (see below) for the press, deadlift, and squat. One press day was 30-50 reps, slightly lighter weight, and the other press day was 10-15 reps with a slightly heavier weight. This helped me get well beyond strong enough for the clean and press test.

I trained my weighted pull-up by following Pavel’s Fighter Pull-up Program starting at the 3RM program. 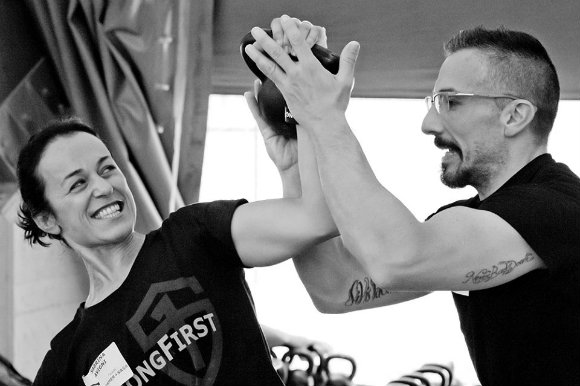 Eustress training is incredibly simple and effective. This training is done in a calm, positive state, as opposed to a distressed state like many people are used to. You are to keep your heart rate low, breathe through your nose, and every rep should feel fast.

I did 30-50 sets of one rep each resting as necessary between each set. Each rep should look and feel easy. I never trained to failure. For my press, I chose a kettlebell I could lockout easily without grinding, and my squat and deadlift weight were around 65% of my 1RM. I steadily increased my weight always making sure I was within Eustress guidelines and not grinding the lift.

Rapid recovery: Training in a calm, positive eustress state (as opposed to distress, like most workouts) allows quicker recovery and trains you to maintain a calm, controlled mental state while putting out a workload that would absolutely floor most people.

Technical proficiency: Training flawless technique in the big lifts will make quality movement a habit. The better you move, the better you feel and perform.

Local muscular endurance: This type of training increases density of mitochondria (cellular powerhouses) and the oxidative capacity of fast twitch fibers. That means you’ll have more energy without needing to tap into your other energy systems.

My Training for the SFG Level II Certification

I ended my workouts with heavy one-arm or two-arm swings. The number of reps depended on how I was feeling. Some days I would sub in a workout from my classes as a variety day just to mix it up a little.

My final recommendation is that you find the closest SFG II in your area to help you with your skills. If there are none, I encourage you to reach out to someone online. Try Facebook or the StrongFirst Discussion Forum. Many people within StrongFirst are more than willing to help you.

Good luck to you! We are…StrongFirst! 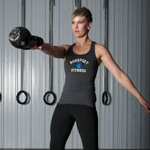 Abby Keyes owns Barefoot Fitness in Watertown, South Dakoa where she offers both group and private training. She has a keen eye for technique and body mechanics, which allows clients to train safely. She is passionate about providing the best training methods in the industry, which allow her clients to move better, feel better, and look better.