You are worrying too much. Especially about what I think of you as a person. I can tell because you keep starting the movement we’re working on and then immediately looking over at me before even finishing the lift. And when you mess up, you shake your head before I can even comment.

I don’t care about how you’re dressed, so long as it doesn’t impede your movement. I don’t care how much money you make or what your politics are. It doesn’t matter whether you’re entirely new to exercise or if you’re “elite” (self-declared or for serious). You came here for coaching, so I will coach you to the best of my ability. I will put in lots of time and effort to support you. In exchange for this, I ask one thing:

There is nothing that bothers me as a coach quite as much as an athlete who so enthusiastically embraces defeat that they shake their head “no” in the middle of a lift or workout. 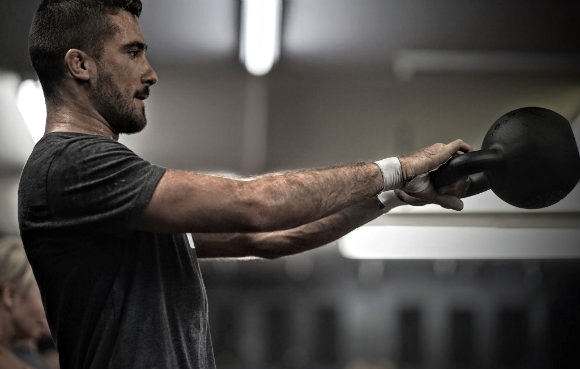 Training Is Not About Impressing Others

I was chubby and not particularly athletic as a kid. But like most kids, I did dabble in various sports. Most of the coaches I had were pretty similar in general attitude, and many of them have blurred into this all-encompassing singular “Coach” character in my mind. Whistle, ill-fitting hat, polo tucked into too-short shorts over pasty legs.

With few exceptions, Coach made me feel rather unwelcome. I felt like a failure most of the time, like I was perpetually letting down the team. And most importantly, letting down Coach. It always felt like I should be apologizing, even when I was on the sidelines. “Sorry I’m not good enough to be first string where I could be of some use.”

When I started lifting, I shook my head a lot. Because I still felt beholden to the people around me. I wasn’t doing any of this for me—I was doing it for them. This is also known as: doing something for the wrong reasons. I was trying to impress my coach and my teammates. And like marrying for money, exercising merely to impress others is one of the surefire ways to not get what you want.

Even the Best Coach Can’t Think for You 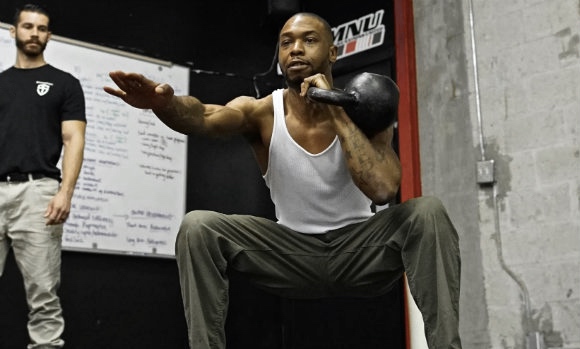 Often, the biggest obstacle is yourself. It’s that head shake you do when a lift went poorly. It’s when you step up to the bar to attempt a personal record and mutter, “Well, this isn’t going to happen.” It’s when you look at the day’s workout and say, “This is going to suck.”

The best coaches in the world still can’t steer your attitude for you. They can’t value you, for you. Just like any movement or lift you’ll encounter in the gym, getting yourself into a proper head space more strongly and consistently starts with practice.

Every day. Every workout. Every rep.

And you know what the first step toward a better mental practice is? Stop shaking your head.

If You Want to Get Better, You Must Think Better

When you miss a personal record, when your get-up is flawed, or whatever it is—learn from it. Don’t smirk at it. You’re not letting me down so long as you’re learning. The only person you can possibly let down is yourself, and only then by beating yourself up about the learning process. If you’re trying, you’re succeeding.

My athletes know they aren’t supposed to indulge in negative self-talk in my classes. Because it’s a big deal. It affects your neurology. Your brain doesn’t just control your body. Your thoughts affect your output and potential. (For more on the StrongFirst approach to positive thinking, check out the book Psych.)

I’ve never understood why it is most people roll their eyes at the positive thinkers we encounter, but are generally supportive of everyone talking down to themselves. Rather twisted, isn’t it? When we see someone reciting self-affirmations, we almost immediately label them as naive or at least kind of silly.

But the Stuart Smalleys of the world are onto something. Eliminating negative self-talk reduces stress. Your self-directed words and actions quite literally lead your brain and body to behave according to those boundaries you are setting for yourself. 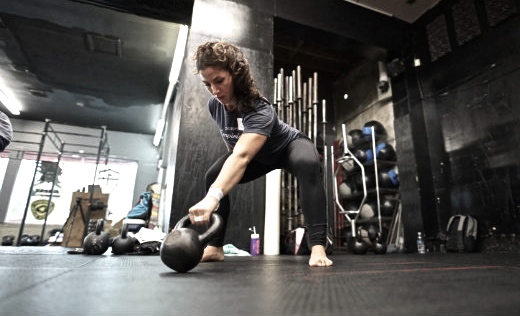 Bottom line: what we think and say about ourselves is who we are. It’s happening every moment of your day. It doesn’t even have to be a complete thought to have a negative impact—just a frown can do it. At StrongFirst, you hear a lot of talk about greasing the groove with good movement, but when you indulge in constant negative thinking you’re also greasing the groove, in entirely the wrong way.

It goes back to the most important reminder I constantly throw out to my clients: what are you practicing? If you’re practicing feeling and lifting like a piece of garbage, then sure—shake your head all you want. But if you’re trying to get better, then you need to think better.

Until Your Head Is Straight, Nothing Else Will Be

Even without the research, this is logic. Brain controls body, and if your brain is full of self-hating nonsense, your body will respond accordingly.

I’m not asking you to be a bubbly cheerleader for yourself. I’m not even asking you to stop being negative on the whole, in every area of your life. Not yet. For now, I’m simplifying things even further. Because we all have to start somewhere. Clean up your head first. Until that’s on straight, nothing else will be. 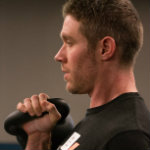 6 thoughts on “If You Want to Get Better, You Must Think Better”