When I saw the announcement of the Plan Strong workshop in 2014, I knew it was something I had to attend. I signed up immediately and was not disappointed. It was a weekend filled with more knowledge bombs than anything I have ever been a part of. Without exception, all of the attendees left the first day with a headache and were wondering if we would end up “getting it” by the end of the weekend. Upon arriving back home in Portland, I went to work practicing writing plans with the new methodology. It took a few tries, but after I got the hang of it, I began enjoying it.

Soon after the event there were rumblings about the possibility for a second Plan Strong workshop, somewhere on the West Coast. I immediately reached out to HQ and inquired about bringing the event to my gym, Industrial Strength. I figured there was no better way to explain the material to my wife and friends than to have them see it for themselves. So, in March 2015, we hosted the second-ever Plan Strong event and have used its concepts and principles in our planning ever since.

If you are unfamiliar with Plan Strong’s methodology, I will offer a brief overview, and then discuss how I used the methods to plan training for my wife, Mira, who is a competitive weightlifter.

Plan Strong Programming and the Concept of Variability

Essentially, Pavel took the principles of the Soviet weightlifting system, broke them down to their essence, and then structured them in a user-friendly way that is applicable not only to weightlifting, but also to the powerlifts, military pressing, weighted pull-ups, and other lifts.

One of the key components of the Plan Strong method is the concept of variability—keeping your daily, weekly, and monthly reps, sets, total number of lifts, and intensities within a certain range of parameters while also having a certain amount of variance. A simple example would be that if you needed to accomplish 15 reps within a session, you could do 5 + 5 + 5 to make that 15 (no variability), or you could do 4 + 5 + 6 to still hit 15 but now with variability.

This concept is fractal and is applicable across every parameter of your training. You see similar concepts in some of Pavel’s other programs such as the Rite of Passage from Enter the Kettlebell. The ladder system of 1, 2, 3, 4, 5 ends up being 15 reps and has more variability than simply doing 3 reps for 5 sets.

You can use the same variability concept for reps within a week. For example, a popular plan is 5×5 Mon/Wed/Fri. As far as total number of lifts, this is 25 + 25 + 25 = 75 reps for the week with zero variability from session to session. You could add variability and still achieve exactly 75 lifts with 20 + 25 + 30 or 18 + 23 + 34, etc. The key is to use variability but to stay within a certain range of parameters that are clearly outlined in the Plan Strong manual and covered in depth at the course.

Why Is Variability Important?

First and foremost, variability helps avoid stagnation—both mental and physical. A training plan that is engaging is more likely to be completed than one that is mundane. Since consistency is undeniably critical to the successful pursuit of any goal, having a plan you will stick to needs to be a top priority. The Plan Strong programming approach offers enough variability to keep things interesting, while also being more foolproof to follow compared to some other variety-based systems like Westside.

Second, experience has shown us a certain amount of variability is important for long-term training success. Rather than being repeatedly exposed to exactly the same stimulus, it can be beneficial to wave the stimuli in terms of both volume and intensity. Many traditional periodization models take advantage of this. For example, they use heavy, medium, and light days within a week, and also use either a linear ramping cycle or a wave model to organize training in longer increments—often anywhere from two to thirteen weeks.

Planning squat cycles (both front and back squat) for a weightlifter is a challenging and important task. Leg strength is one of most critical factors to success in weightlifting, so it needs to be developed as much as possible without fatiguing the lifter to the point of compromising the training of their competition lifts (snatch and clean and jerk).

Prior to attending Plan Strong, Mira and I had used more traditional approaches like the cycles described above. While she made some progress, we were running into a few problems such as what to do if a session was missed, the best ratio of back squats versus front squats and how hard to push each of them, and general boredom with the same old programs. To be clear, Mira was no slouch of a lifter. She held over a half-dozen state records for her weight and age categories, but we knew she needed something else to take her to the next level.

After getting back from the first Plan Strong, I created her next four-week cycle using this new method. She loved it. It was more fun than the previous programs and she felt stronger by the end of it. We decided to keep going with it, and haven’t looked back since.

In the span of just six months, Mira broke through a year-long plateau and increased both her front and back squat by over 10%. Keep in mind, this is not a 10% gain on a rookie lifter—she is a veteran and progress is hard to come by. The new strength gave her the edge she needed to win a silver medal at the USAW Masters Nationals Weightlifting Championships—and she was only 1kg away from winning gold!

In Mira’s case, the biggest factor was the increased frequency with which she handled heavy lifts (above 90% 1RM). The more frequent exposure allowed her to develop more comfort with heavy loads, and she started to approach them as “just another weight” or “something she does all the time,” rather than something she needed to psych up for.

This change was not exclusive to her squats, but carried over into the competition lifts, as well. For example, before the new programming, her front squat and clean weights were fairly close, but just because she racked a weight on a clean did not guarantee she would be able to stand up with it. Once she got stronger on the front squat and more confident at those 90%-and-above loads, her cleans improved in terms of both consistency and results. Additionally, since her cleans were completed more easily, she had more strength remaining for her jerks.

In addition to the more frequent exposure to heavy loads, she benefited from other aspects of the programming, as well. One of the big challenges we face as small business owners is blocking off enough uninterrupted time to train. That may sound counter-intuitive, but with unexpected walk-ins, package deliveries, and students coming in early or staying late wanting to chat, it can be hard to block off our own time to train.

The Plan Strong method offers enough flexibility that if Mira can’t get a full session done on the designated day, she can shuffle things within the week and still get the desired result. This is a major benefit over programs we had done previously that did not offer that flex component. No program will ever be successful if you are not consistent, and this combination of flexibility with consistency has been paramount to Mira’s success.

Lastly, the variability of the number of lifts and the average relative intensity of each week allowed us to schedule harder and lighter weeks to coordinate with other events more successfully than any plan we have used before. For example, if we were hosting an event at our gym on a given weekend, we knew our stress levels would be high that week and we also might not have as much time to train. So, we simply planned her training to make that her lightest week of the month so as not to fry her, and she would pick up with the more challenging weeks before and after that time period.

The Benefits of Plan Strong Programming

In summary, Mira would not be where she is with her lifting if not for the Plan Strong methodology. The benefits we found for her as a weightlifter and gym owner are:

If you are interested in learning how to use this type of programming, I strongly encourage you to attend a Plan Strong workshop as soon as possible. It has made a huge difference in Mira’s training and I am confident you will find success with it, as well. 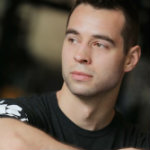 He is the head coach of both the strength training and martial arts programs, where they offer classes and private lessons for kettlebells, barbell strength and conditioning, Olympic-style weightlifting, Brazilian jiu jitsu, and kickboxing

3 thoughts on “How Plan Strong Programming Empowers the Weightlifter”