“If you look around to all of your closest friends and realize you are the smartest, hardest working person among the group, then it’s time to get some new friends.”—Jeremy Schoemaker

When I first started powerlifting, I had the opportunity to work out at a gym in Allentown, Pennsylvania with the legendary Freddie Glass. I use the word “gym” loosely here. The only equipment we had was a squat rack, a bench press, and about 1,000 pounds of weight. That was it.

What the gym did have was some of the best lifters in the world. Just about every guy who trained there had a world class total or some record of major significance. Even more amazing was the fact that during the two years I trained there just about ever lifter who joined the gym eventually established himself as a national or world caliber athlete. There was something about that gym that made lifters better. Sure, Fred was a good coach, but the success lifters experienced there went beyond coaching.

The Difference Is Attitude

Interestingly, when I moved to Albany, Georgia, I trained at Gold’s Gym for about a year. From an equipment and facility standpoint, Gold’s was by far the best gym I ever trained in. We had everything. Power racks, leg press machines, crunch machines, adductor and abductor machines—you name it we had it. It was state of the art. Actually, it was as good a facility as they had at the Olympic training center in Colorado. Guess what, though? Not one of the powerlifters or bodybuilders was good enough to even win a state title.

What was the difference between Fred’s gym and Gold’s? Well, let me start off by telling you it wasn’t the physical ability of the athletes. The athletes at Gold’s were, physically speaking, every bit as good as the athletes at Fred’s. So what was it?

Attitude—that’s what. You could feel it as soon as you walked in the gym. Everyone at Fred’s was driven to be the very best they could be. The place exuded self confidence and positive power. Everyone was totally committed to achieving greatness. It was infectious. There was an aura in there that screamed out success. Every lifter at Fred’s was dedicated to becoming the very best they could be, with no exceptions. 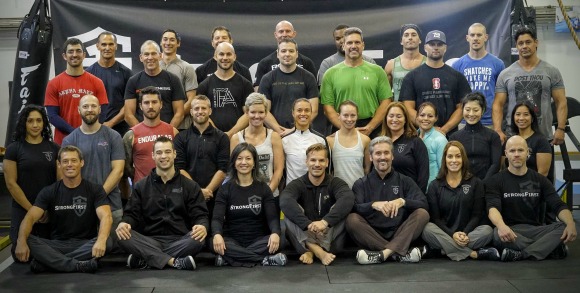 You Will Rise or Lower to the Occasion

I experienced the same type of mindset when I was at Notre Dame University. Just about every student at Notre Dame was determined to get the very best out of themselves. The students at Notre Dame looked at education as a privilege and their primary objective was to make the most of that opportunity.

Conversely, when I went to the University of Georgia, there wasn’t that same type of intensity. I am not saying the students were less gifted, but they certainly didn’t exhibit the drive or intensity that was evident at Notre Dame. At Georgia, students were happy to be “good enough.” At Notre Dame nothing was ever “good enough.” The students at Notre Dame were never dissatisfied, but they were always unsatisfied. They always wanted to do more and be better. Distinction, competition, and excellence were the name of the game. They felt if they became content with their progress, they would reach a cumulative point, and eventually inertia would breed and they would end up sliding backward—something that was not accepted at Notre Dame.

At Georgia, the students were happy being good enough, just getting by. Interestingly, I rose and descended to my level of competition when I was at these universities. At Notre Dam,e I excelled. I studied six hours a day seven days a week. I was never satisfied, never relaxed, and never content, but boy did I learn. I knew to compete at that level I had to work my butt off. At Georgia? Well, let’s say I did enough to be good enough. In all candor, I learned more at Notre Dame in one semester as an undergraduate than I did at Georgia in my two-year doctoral program.

Show Me Your Friends

When I was in professional baseball, I witnessed the same thing with the New York Yankees. Other teams had similar talent, but the Yankees had that same type of mental attitude. Nothing but the very best was acceptable when you played for the Yankees. It seemed like as soon as a guy put on that Yankee uniform it elevated him to a different level.

I don’t remember exactly where I heard or read about “The Law of Income Averages” that states your income is likely the average of your five closest friends. Amazingly, it is the truth. I will go one further and say you are most likely the average of the five people with whom you spend the most time. Although I have no evidence to substantiate this, I would also venture to say your success in powerlifting or any sport would reveal a similar correlation. 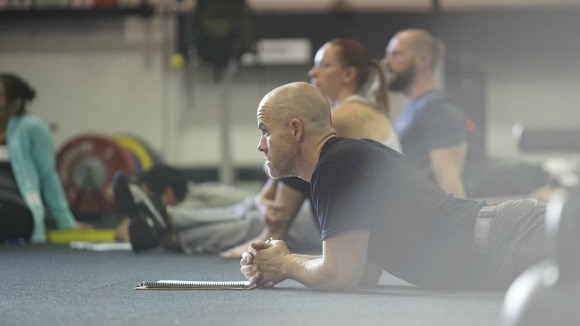 There is a rather philosophical statement in sports that suggests if you want to be the best at your chosen sport, you have to play with and against others who are better than you are and they will elevate your game to a higher level. Of course, the opposite is true. If you surround yourself with people who aspire to mediocrity you will tend to gravitate to their level.

Understand that not everyone who works out and trains has dreams of achieving athletic excellence. For most people, even many competitive athletes, going to the gym three to four times a week is plenty and this is perfectly acceptable—for them or for you, for that matter. But if your goal is to be the very best you can be, these are not the people you want to encircle yourself with. It has been said that people are like buttons on an elevator. Some will take you up and some will take you down. Stop and ask yourself:

This may sound harsh but if the situation you find yourself in is not allowing you to reach a level of excellence and self-fulfillment, then it most likely is time to get to know people who are in alignment with your dreams. I am not suggesting you abandon your friends, although in some cases that may not be a bad idea, but rather to surround yourself in training with people who have similar goals and aspirations—people who appreciate the things that you want to accomplish. 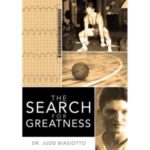 Dr. Judd Biasiotto has worked as a sports psychologist with numerous amateur and professional athletes and sports teams. Built, by his own admission, “as an eleven-year-old stamp collector,” Biasiotto took on the sport of powerlifting.

For a long time he finished dead last in every meet he entered. Then he applied the methods he has detailed in this book to his training—and won four world championships and set fourteen world records, including an unprecedented 603-pound squat at a bodyweight of 130. Drug free.

Read more about his story HERE, and learn more about the methods used HERE.