The subject of this blog came from a conversation with a friend about how “everything we need to know we learn from the iron.” Although, I’m certain I wasn’t the first to come up with that. We were talking about how the things we learn in our strength journey translate into real life. This can be interpreted many ways, but it showed up again in a class I took recently. The instructor said something that stuck in my mind, “The way we do anything is the way we do everything.” 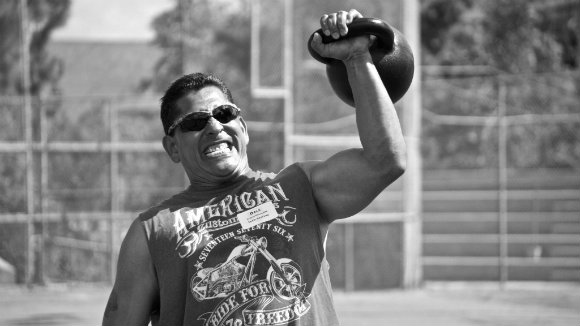 The Importance of Discomfort and Tension

There is a reoccurring theme I’ve observed in my career, but I believe Rif said it best, “The first step is getting comfortable with being uncomfortable.”

This is where the rubber meets the road. Personally, some of the greatest things that have happened over the course of my life came as a result of some level of discomfort—a sort of tension, if you will. And conversely, some of the most depressing times of my life came from feeling stagnant (think of the movie Groundhog Day) where a certain level of comfort produced complacency.

I’m not alone in this. Many stories have been written about elite level athletes who began their journey because of suffering some extreme personal blows, then channeled that pain into something extraordinary. It’s almost like that tension was necessary to create their excellence. After all, a piano is just a wooden box filled with wires and hammers. It isn’t until you tighten down those wires very tight and strike them with the hammers that the beauty of music comes through.

Tension is what makes us grow. Without it, we end up sad and soft. We’ve unfortunately seen this in a certain generation of young people. It’s likely you know how it is to deal with a young “adult” who has been spoiled his or her entire life. It’s almost like they didn’t get wired right at the factory. This comes from an upbringing where the road was always swept clean for them. We need stumbling blocks, and sometimes we even need to fall flat on our faces to learn the things necessary to be better. When a five-year-old acts five, it can be kind of cute for a little while. When a 26-year-old does it, it’s pathetic. 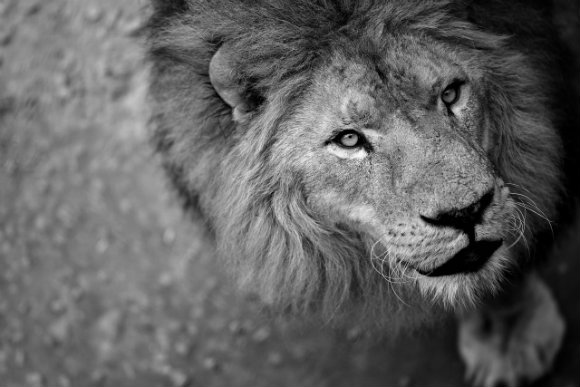 Better One Day as a Lion…

Sometimes our students, when starting a new healthy eating or exercise program, quickly begin experiencing tension from co-workers or even friends and family. Or perhaps some of us are taking on something bold outside the gym and find ourselves surrounded by naysayers. Instead of being discouraged and feeling like the world is trying to hold us back, recognize and appreciate that tension as a force necessary to move forward. Negative comments come from weak people (mentally and physically) who, instead of gathering the courage to make changes in their own lives, decide to marginalize the efforts of others.

When my studio was first getting off the ground I was terrified (heck, there are days when I’m still terrified), there was a saying I came across that became a mantra for when my fear was getting the best of me:

Better one day as a lion than a thousand as a sheep.

The saying was popular in 1930s fascist Italy. It doesn’t have a very positive connotation from that perspective, but the saying actually traces back to the book of Psalms in the Old Testament (84:10, if you’re interested in reading the original meaning). I think about that saying frequently when making choices and decisions in my business that go against the grain. And since much of our program is so anti-conventional wisdom, the saying pops up often.

If you’re reading this, chances are pretty good you’re a lion in your own right—and I am grateful and humbled to be considered a part of this community of lions. 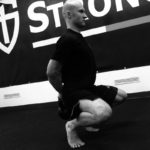 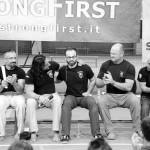 Standing on the Shoulders of StrongFirst Giants
When I was twenty, I was arrested and sentenced to an eight-year prison term. In that unlikeliest of places, I found inspiration and a journey to something better through StrongFirst. 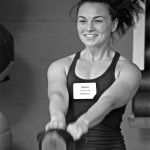 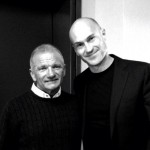 Is Greatness Possible Without Obsession?
True greatness in any field of endeavor requires obsession, dedication, and sacrifice. If it is a game you want to win, obsession is a powerful weapon in your arsenal.
Jerry Trubman 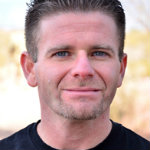 Jerry is a personal trainer, clinician, and group fitness instructor. His training focus is on joint mobility, kettlebell, and barbell training. He owns The Protocol Strength & Conditioning in Tucson, AZ and Vail Boot Camp in Vail, AZ. His blog, “The Healthy Addiction” has thousands of readers across the country.

3 thoughts on “Better One Day as a Lion”