I currently teach at one of the best physical education schools in America. Prescott Junior High School was featured in the documentary “The Motivation Factor” which stresses the importance of being physically active. A big part of the documentary is the price American society is paying for not focusing on physical education in schools. At Prescott, our effort to fix this problem is an incentive-based colored trunk program that allows every participant to experience success and earn motivational incentives for working toward their personal best.

Every student who comes to Prescott starts with grey trunks. From there, they can earn different colored trunks by earning points in 20 different physical tests. When a student earns 60 points, they receive the next color trunks. Every time they earn a new color, they start back at zero points, and the tests get more difficult. In order of difficulty the trunks go through grey, red, blue, gold, and purple. When a student earns their gold trunks, they become a Hall of Fame PE student and their name goes up on the Hall of Fame wall in the gym. Purple, however, is the highest level. This color was added to keep our gold trunk holders motivated through the end of their time with us. In the history of the Prescott PE program, we have had 56 females achieve gold trunks (since 1980) and 89 males (since 1970). In the 2018-19 school year, eight students earned gold trunks, breaking our previous school record of six! I strongly believe this unprecedented success can be credited to adding exercise protocols based on StrongFirst principles.

At Prescott, we have a 33-minute advisory period four days a week for students to get extra help in classes where they are struggling. As a PE teacher, I teach an elective class during this period for students who do not need additional help in any core subjects. Even though we run a great PE program at Prescott, we are always trying to find ways to improve. My personal trainer, Mike Sousa, a member of StrongFirst leadership, recommended implementing Strong EnduranceTM routines for students looking to take their abilities to the next level so I attended the two-day Strong Endurance seminar in the fall of 2018, taught by Pavel Tsatsouline.

What I love about Strong Endurance is that it is scientific and complex but also easy to implement. This makes it the perfect programming for my advanced students because they can make tremendous progress while keeping the workouts minimalist to fit time constraints. Using these programs for our students had another surprising benefit. I learned that by having the students train strength they would not just improve their strength but also their endurance.

After attending the Strong Endurance seminar, I felt using Strong Endurance protocol #033 would work best for us. 033 consists of one-arm swings and pushups and is one of the two programs detailed in Pavel’s recent book, The Quick and the Dead. At Prescott, we do not have many free weights, so I had to modify the protocol by doing pushups and sprints instead of kettlebell swings and pushups. A majority of the time we perform our exercise on the minute (OTM) like shown in the program below. The time on the stopwatch is the time we do the activity:

The program can be done in 30-second increments as well. We rarely used this option but I occasionally would change it up so there was not so much down time in between sets. For example, instead of doing two sets of the ten pushups on the minute, the student would do four sets of five pushups every 30 seconds. For example:

It would go for the same duration and the same total amount of reps as OTM version but broke up differently. An important benefit to the Strong Endurance approach is that the students stay fresh while getting in quality reps. They are doing 100 pushups and 200 yards of sprints in a 30-minute frame. We even had student-athletes in season perform the workout without issue or wearing themselves out prior to their sport. The only exception is the students would not do the workout if they had an after-school sport that same day. In those situations, they would work on mobility while the rest of the class did Strong Endurance.

A lot of our colored trunk tests like the ladder (monkey bars), cable, pole climb, pullups, peg board, and two-arm hang require grip strength. With that in mind, I decided to use the “Fighter Pullup Program” for students who can do five or more pullups and “Grease the Groove” (GTG) for students whose max is below five. (I have students who cannot do any pullups, so they GTG the flexed arm hang to increase their pullup strength.) Training consists of two Strong Endurance days and two GTG/Fighter Pullup days each week.

I typically have around 35 students in my advisory class, and it lasts for six weeks. In the 2018-19 school year where we had eight gold trunks and one purple trunk (only the third girl in school history), seven out of eight of those students took my advisory class for at least one six-week session. Some of those students may have earned their gold trunks without my class, but many would not have without the Strong Endurance and the Fighter Pullup programs.

Here are a handful of students whose results are noteworthy:

Angel spent the majority of the school year training for a marathon. That training helped with his long-distance running, but it clearly changed the muscle fibers in his body. He took my advisory later in the year, and his numbers improved drastically in just a matter of weeks.

Larson, another student, was the opposite of Angel. Larson was a bigger student who was the fastest kid in the area in the 100-meter dash. He was very explosive, but his endurance needed work.

Taylor is another gold trunker who stood out. She came into Prescott as a good runner and athlete but lacked upper body strength.

Going into the 2019-2020 school year, we had an athletic and motivated blue trunker, Lainey, who could not take my class for various reasons. But I got her on the Strong Endurance and Fighter Pullup programs at the end of her seventh-grade year. Lainey was only able to do two pullups before summer break, and she came back being able to do 13! Lainey eventually became a gold trunker, but unfortunately due to the Covid lockdown, she did not get the opportunity to earn her purple trunks.

What I love about Prescott, Strong Endurance, and the Fighter Pullup/GTG programs are that they are programs for everyone. Yes, the physically elite will have great benefits, but so will everyone else. Javier is a great example of that.

Some other notable examples include Kate who could not do even one pullup but was able to do six after one round of my advisory class. Also, I had several boys this year who could barely do one pullup and after training got to seven, eight, and ten. Almost every single student improved their 50-yard dash in my classes and a lot of students improved their endurance. And what was incredible was that a lot of students improved in equipment activities like pole climb, ladder, cable, and bar dips as they improved their overall strength by focusing on just a few movements. That’s what I call a “what the hell effect!”

All in all, incorporating Strong Endurance and Fighter Pullup/Grease the Groove programs have been an enormous success at Prescott. We have seen noticeable physical improvements throughout the year and a half we’ve been implementing these programs. We have also seen a change of culture with students lining up at the pullup bars and pegboards in the locker rooms. It is an absolute pleasure going to work, and watching these students push themselves to reach goals that many of them did not think were possible. Thank you StrongFirst for having programs that help people of all ages improve their lives physically. It is my hope that more schools will implement and follow a fitness-based curriculum to improve their students’ overall health. 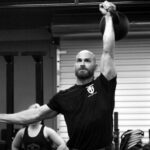 Strength in Numbers: A Case for Pushup Endurance Training
I have learned how to maintain absolute strength without having to pursue it on a regular basis. This could be a way to keep us healthy, strong, and continuing to make progress without the risk of downtime from injury. 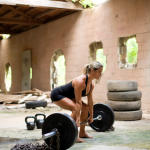 How Do You Define a Strong Woman?
I have a mission to help other women see they can be strong. Here are some of the answers to what defines a strong woman, plus a beginning strength program. 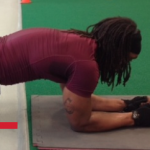 How the Neurodevelopmental Sequence Will Strengthen Your Press
By examining the neurodevelopmental sequence in toddlers, we can see how the press plank proves to be a useful exercise in increasing our shoulder stability and press strength. 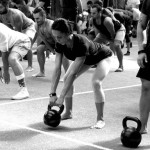 The Psychological Complexities of Becoming Strong
Twitter Share As I work and observe the broad range of personalities and athleticism at my school, Five Points Academy here in New York City, I’ve come to view strength training as something like an iceberg. There’s the part you see above the surface — the sweat, the occasional cussing — and then there’s everything else. […]
Jason Avelar 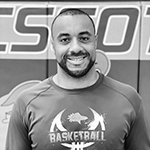 Jason Avelar holds a bachelor of science degree in Physical Education and a Master’s Degree in Teaching Best Practices and has been teaching physical education for twelve years. He has coached high school football for over a decade and junior high basketball and track for 7 years.