If you’ve ever encountered StrongFirst Certified Team Leader Jimmy Yuan at a certification or event, you’ll probably remember him as the good-natured joker whose wicked sense of humor livens up any room he walks into. This belies the fact that Jimmy is also a highly dedicated professional who is not only a fully qualified chiropractor, but also a highly sought-after trainer for athletes of every stripe.

In this exclusive interview, Jimmy reveals how he got into kettlebells, his programming secrets for Major League baseball players and NCAA championship-winning golfers, and the roots of K3 Combat Movement Systems, which he co-created with another longtime member of the StrongFirst community, Dr. Mark Cheng.

How did you first start using kettlebells?

Someone gave me a copy of Pavel’s book, The Naked Warrior. Then, I watched Functional Movement Systems’ ‘Secrets of…’ series, in which Gray Cook and Brett Jones demonstrated the Turkish get-up. I was going through some persistent struggles with my shoulder at the time, and when I saw them doing the get-up I immediately thought, “This could be a way to fix myself.” Not to mention that the kettlebell just looked cool—who doesn’t want to move a big black cannonball around?

Soon afterward, I attended one of the very first SFMA classes and, as luck would have it, Mark Cheng was sitting behind me. We started talking and got on really well. He told me that if I flew back out to LA the following week, he’d take me through some intensive kettlebell training. So, I went home to Arizona for a couple of days after the course and then went right back to SoCal. Mark pressed me to become a certified kettlebell instructor, and from that point on, I was hooked.

How did you start using kettlebell training for your patients?

In the clinical setting, it’s all about keeping things simple. First, I try to get buy-in by explaining some real-world analogies of the benefits kettlebell training gives you. For example, I tell people that when they fly, they need to lift their carry-on bag to stuff it in the overhead bin, and it probably weighs 15 to 20 pounds. Then, there might be places in the airport where they can’t wheel their checked bag, so they have to carry it, and it can weigh up to 50 pounds. So, right there I’ve sold them on the get-up, overhead press, and loaded carry.

Then, it becomes a matter of taking them through some fundamental movement patterns to restore their function. So, maybe we’re doing a hinge. As soon as they can do this with just their bodyweight, maybe we want to test the integrity of the position with a little load, so I’ll have them do a light kettlebell deadlift. When they’re ready, we might want to make it more of a dynamic hinge, so they can do some swings. Really, I’m teaching biomechanics they need to manipulate the kettlebell without ever mentioning the tool until we actually use it. Then, they can connect the dots themselves.

You also coach the NCAA championship-winning Arizona State women’s golf team. How did you incorporate kettlebells into their programming?

When I first came on board, strength and conditioning was a novelty for a golf team. The challenge was getting the girls stronger and more explosive in a safe environment without expanding the footprint of the existing facility. In other words, we had very little space. We had to go back to basics on our tools because we couldn’t start adding benches, squat racks, and other large pieces of equipment.

I looked at what the golfers and their coaches wanted to achieve, which is always the first step in working with a team. It’s not about getting strong or powerful for its own sake, but getting players ready to put the ball in the hole in as few strokes as possible. Then, I asked the head coach what the girls’ strengths and weaknesses were. Next, I considered what we needed to do to reduce the impact of these limitations. And from there, what equipment could we choose that was versatile and would fit in a small space?

It came down to TRX Suspension Trainers and kettlebells. A lot of the players don’t have a sophisticated lifting vocabulary, so we’re starting from scratch. A kettlebell is a lot less intimidating than a barbell loaded with big plates. Keeping the coach’s overall goals in mind, we get them moving well unweighted, and then start to add some ballistic movements when they’re ready. We also take into account the strength and movement scores from TPI assessments and what these tell us about each player’s needs.

What benefits are they seeing?

The end of season tournament is match play, which means it’s pretty grueling because you have to take on opponents head-to-head over multiple days. We’re now seeing the girls maintain their driving distances on the second, third, and fourth days. It’s really a matter of relative strength. Unlike open tournaments, where they’d have to finish top of an entire leaderboard, they just have to beat one person at a time. And we’re finding that they’re staying fresher longer because of their kettlebell training. They’re also walking up to the tee with more confidence, knowing the power they can tap into. Plus, we’ve had no training injuries.

How does training golfers differ from working with baseball players?

The way we use kettlebells is pretty similar, but the ‘how’ and ‘why’ are different. Again, I start with the basics: what do we have, what do we not have, and what do we want to have?

With well-established pros, I ask them what they were doing when they played their best. Then, we add context by looking at the difference in age between then and now. For example, one player used to do high-rep pull-ups when he was at his peak, but as he’s gotten older, that hurts his shoulders. Because he still likes to do pull-ups, we started weighting them with a kettlebell and reducing the volume. So, now he’s strong and his shoulders aren’t sore.

Another factor when working with professional athletes is how busy their lives are. They have a lot of game-related and life commitments to juggle. After a lot of trial and error, I implemented a system that gives each week a colored traffic light. We look at what’s coming up on the competitive calendar and what’s going on at home. Red means that there’s an all-consuming event, like a playoff series or a player’s honeymoon. Green indicates that maybe their wife and kids are on vacation and they have the week free to really get after it in the gym. Yellow is somewhere in the middle. This allows us to better plan in advance taking all the variables into account.

There’s no use intending to train an athlete every day if their schedule is prohibitive, or in going easy if they have the space to do more. The light system helps them and me know when to push and back off so they don’t get overwhelmed.

Another challenge is the off-season. It seems to be getting shorter and shorter, and guys have a lot of commitments. They need to stay physically and mentally prepared to play, but soon enough they’re going to be back in the grind, so they also have to be fresh. This is why the off-season training plans are always very simple and include a lot of variety.

I’ve also come to realize that there’s no harm in asking a lot of questions. These players are the best in the world and, while I know the human body, I’m never going to understand pitching or hitting like they do. I’m open about what I don’t know and make it a collaborative process that takes their expertise and self-awareness into account. Ultimately, it’s about them, not me.

Can you tell us a little bit about K3 Combat Movement Systems?

The genesis was my friendship with Mark Cheng, and the program has been about five years in the making. Mark is so experienced in all kinds of martial arts that he could teach just about anybody if he had enough time with them, but that’s not always a reality. So, we had to figure out how to distill certain principles down for the everyday person, which is where I come in.

I realized that my body was getting kind of soft in certain areas and that my soul needed something different from a physical practice standpoint, so I got back into taekwondo a few years ago. Part of my training involved weapons, and I started to see this unlock certain movement patterns that had gone dormant because I wasn’t being forced to use them. There’s something about putting a tool in your hand that can draw out movements through the external stimulus. As Mark often says, “The instrument is the force multiplier.” That’s why we decided to base K3 on using sticks.

The name is deliberate. The first K stands for kettlebell, because of the strength and movement elements of this kind of training. The second K represents the empty-handed components of kickboxing. The third K is for the Filipino martial art form, Kali. We bring all these things together and make them accessible to everyone. It’s really about attribute extraction: how do we empower people to do things they didn’t know they were capable of when given a new context? Ideally, your training should be beneficial, challenging, and fun—what we call the “three kings of programming.” That’s what we’re going for. 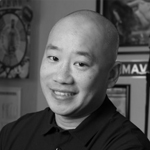 In addition to being a certified FMS instructor, Dr. Yuan also has a Fellowship in medical acupuncture from the International Academy of Medical Acupuncture, is a certified Graston Techniques provider, Titleist Certified Golf Fitness Instructor, Registered Trigenist, and StrongFirst Certified Team Leader. Dr. Yuan also instructs for Titleist Performance Institute and TRX. Dr. Yuan is experienced as a personal trainer and was a certified Strength and Conditioning Specialist through the National Strength and Conditioning Association.