As a child, I was taught to be careful who I listened to. Keeping in mind who we listen to is extremely important, so I feel the need to gain some credibility with you by mentioning some of our gym’s past TSC successes.

TNT has been known to compete at a high level in the Tactical Strength Challenge, and we generally produce a large number of competitors. Names to note, among many others, are:

I was also taught to lead by example, so I hope the information mentioned above doesn’t come across in a boastful way, but simply convinces you that we have a training system at TNT that produces outstanding TSC numbers. Clearly, I cannot be with you in the gym watching and motivating you, but I would thoroughly enjoy hearing the results from anyone willing to follow the TNT TSC program.

I will start by telling you that we mostly snatch. It surprises me when I attend kettlebell workshops and hear negativity about snatching. For some, it is a grueling event that is dreaded at the end of each TSC. For a TNT member, snatching is the equivalent of doing a sprint workout or going for a long jog. For us, it is fun, and we look forward to various types of snatch workouts.

With that said, the first step is to get your head in the right spot. Getting mentally “geeked up” to snatch will produce much better results. Know your workout in advance (don’t just show up and decide to do a snatch workout), and let a friend know you’re doing it, so you can be held accountable for its completion.

Second, be sure to stretch! Much of the negativity I hear about snatching during kettlebell workshops is in regard to high volume snatching producing poor shoulder and thoracic mobility. This can be true. My own posture had taken a downturn until I began corrective drills in proportion to the amount I was snatching. I suggest the FMS wall-sit exercise with a broom handle along with bridges and thoracic bridges, the Bretzel, or any other form of shoulder and thoracic mobility/stability exercises you’ve found useful. I also feel overhead carries, squats, windmills, and bent presses can help to stabilize better posture and mobility while training with high volume snatching.

Again, I would like to suggest that lots of snatching is the largest reason why we perform well for the TSC. Our pull-ups actually get worse when we practice them with high repetitions, so we don’t practice that way. I, along with our members, have noted that when we ignore pull-ups and perform lots of snatches leading up to the TSC, our max number of pull-ups increases. In the past, we have tried to focus on pull-ups in training and we have gotten worse at them, so we’ve trashed that idea all together.

Test it for yourself. I encourage you to perform thirty minutes of snatching sometime. Grab a large bell (two to four sizes bigger than competition size) and snatch it five times each hand every minute on the minute (EMOTM) for up to thirty minutes. When you are done, you will feel your grip, biceps, lats, and core will be well trained, and trust me when I say your pull-ups will be significantly better after continuing this type of workout on a weekly basis.

Snatching also seems to shred body fat, and one of the best ways (I’ve found as a rock climber) to increase pull-ups is to lose excess weight. At 205-210lbs, I can perform about 22-26 pull-ups, but at 195-200, I can perform 27-31 pull-ups. The TNT way is to snatch to lose weight and gain strength in repetitive pull-ups—just remember you cannot increase the amount you eat with this style of training, if your goal is to lean out.

We do work on pull-ups throughout the year, though. We just don’t perform them in the six weeks leading up to the TSC. This may be slightly off topic in discussing the TSC, but as Pavel teaches, get strong first and your endurance will also increase as a result. If a man can deadlift 600lbs, then how easy is it for him to deadlift 300lbs for 20 reps? Easy, right—it’s only 50% of his maximal effort! The same applies for pull-ups.

To gain strength in a maximal weighted pull-up, I recommend performing bent presses often. During a near maximal effort bent press, your lat will be extremely engaged, and as a result your pulling muscles will be strengthened. At TNT, we wouldn’t perform more than 6 reps in a session, 1 rep at a time for a total of 3 on the left and 3 on the right. We normally pair these up with heavy swings and carries in between reps. Use the Easy Strength or 80% rule with your bent presses. Perform the 6 reps at least once each month, and on weeks you do not do that kind of volume, at least perform 1 rep at about 80-85% maximal effort for fun after a great warm-up or as a demonstration at least 2 times each week. So that’s 1 rep each side at 80-85% maximal effort two times in a week in which you do not perform them during a workout with a volume of 3 reps each side. After about a year of this, your body will adapt and without practicing heavy pull-ups more than once every three months, your pull-up maximal strength will improve significantly.

Proper snatching will also increase deadlift ability. Haven’t we been taught that grip strength and total body strength are correlated? Pavel’s soap up your hands and swing mentality might not be that far off. At TNT, we duct tape our hands. This provides a little callous protection as well as challenges the grip due to a slippery surface. Just be sure to never snatch directly at anyone, or use this technique at a kettlebell workshop. This technique also teaches you how to avoid rolling the bell over your callouses. Also, as stated earlier, high volume snatches train our core and our lats, two muscles clearly needed to deadlift big.

Finally, when training regular snatches versus speed snatches, we focus on a deep hinge, putting us into our traditional deadlift stance. Mary Dickerson is the only one at our gym who performs sumo-style deadlifts. She has been a distance runner for many years, is 47 years old, 105lbs, and deadlifts 225lbs.

When it comes to the deadlift, snatching is not all we use to improve. We perform varied amounts of accelerated eccentric swings and singles or doubles of heavy swings or dead-swings. We deadlift something heavy three or four times a year (similar to how often we do weighted pull-ups), and although not everyone takes my advice, we usually open up this type of practice at our personal record from the previous quarter. We do perform a warm-up with varied amounts of swings and snatches before this deadlift workout. But our mentality is that we’ve already lifted this weight once, and if we hit it on our first lift at a PR tie, then we get two chances at a new PR. If after the second attempt we hit a new PR, then we usually decide whether it is worth a third attempt or not. If a member lacks confidence in pulling their PR for their first attempt, we will start no lower than 15lbs under their PR. We like to bump up in 15lb increments.

We suggest to our members if they won’t at least fight to get the weight to their knee caps, then don’t even bother to attempt it. We feel a failure once in a while allows our body to feel the load of a new weight and has a neural impact on your ability to lift it in the next quarter of the year. However, defeat should only happen once to twice per year, and my recommendation is to not try anything you don’t believe you can get, and never give up pulling until you at least get the weight to the bottom your knee caps—this is very important. Obviously injuries or lack of training can change the philosophy I just described.

NOTE: Our gym isn’t a powerlifting gym, so of course we have not coached anyone to an extremely high deadlift. We have, however, increased strength in the general population while at the same time producing an athlete that can perform high volumes of pull-ups and snatches for the TSC. If you’re a powerlifter, don’t take offense to our training style, we’re not out to deadlift 1,000lbs, we’re out to win the TSC.

Here is a general twelve-week progression we use, which may change based on previous experience, strength, or injury:

In weeks 1-5, snatch 2x per week in form of 5L/5R EMOTM with a test size bell for the amount of time listed below:

During these 5-weeks, add heavy repetitive swings once each week for multiple sets of up to 12 reps, but usually 2-5 reps.

The Results After 12 Weeks of TNT TSC Training

After the twelve weeks of training, deadlift something heavy as directed earlier in this article, increasing by 15lb increments, and attempting to start at your PR or just 15lbs under your PR. Use snatches and swings to warm-up for your deadlift instead of smoking yourself with deadlifting to warm-up.

If you already have a monster deadlift, but lack in the pull-up or snatch department, this program will improve those areas. If you’re awesome at pull-ups, you will find this program increases your deadlift and snatching abilities.

For further insight into our training, or to get a copy of a training program that has taught people to achieve a bodyweight get-up (women 50% body weight), contact us at info@tntfr.com or visit one of our six locations in Wisconsin. Good luck! 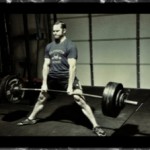 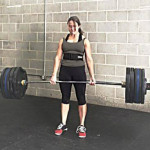 Paving Your Personal Road to TSC Victory
Here's how my past athletics primed me for TSC success. Have you ever considered that yours may have, too? Included is a free 12-week TSC training program. 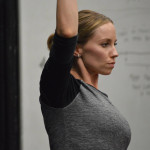 TSC Competition Prep: The Final 2 Weeks
Let's take a look at the last two weeks leading up to a TSC competition and outline how you can best set yourself up for success on event day.
Derek Toshner 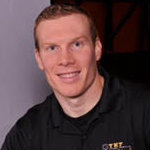