While I have a reputation of being a decently strong woman, this was not the initial goal in my training. As a firefighter, I work in a field that is 95% male. In firefighting, there is no “gender norming” at an emergency scene. When the bell sounds, my coworkers don’t care if I’m strong “for a woman” or how much weight I can throw up in the weight room. All they care about is whether I can get the job done. Therefore, for me the definition of a strong woman is synonymous with that of a capable woman. 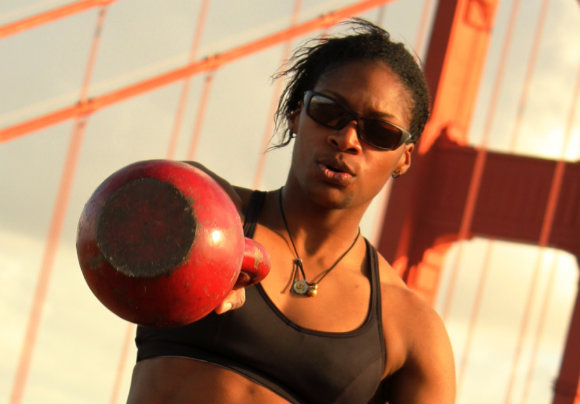 Training for the Fire Academy

When I was training to get in shape for the fire academy, few strength training programs addressed the real world demands of the job, and none addressed the specific considerations of women entering this field. In my job, I’ve faced such challenges as hiking up a stairwell of a high-rise wearing 75lbs of personal gear and carrying an additional 90lbs of equipment. Most fitness programs just don’t prepare you for that, let alone lifting a patient that has slipped and fallen getting out of the shower and is now wedged between the tub and the toilet. All of this requires a body that is not only all-over strong, but can use its strength effectively, especially in awkward positions.

Pavel has stated that gains in grip, abdominal strength, and glute strength would have the greatest carryover to overall strength. This is especially true for women entering non-traditional fields. Women tend to be smaller in stature and have a tougher time gaining upper body strength than our male counterparts. This affects our grip, load bearing ability, and force production. For example, women tend to have smaller hands, yet the gloves firefighters all wear are the same thickness, regardless of size.

Consequently, smaller hands have to develop more grip strength to handle the equipment. This is also the case for load bearing ability. The equipment and gear we wear and carry weighs the same regardless of what size we are. A task such as pulling a charged hose-line up a hill or through a house is generally easier the more mass a person has to lean into the pull. Smaller individuals have to make up for this through strengthening their midsections and building strong powerful legs.

Grip and abdominal strength play a huge role in developing upper body strength. Make a tight fist and you will feel the muscles contract from your forearm to your rear delts. Try it again contracting your abs, and you’ll probably notice you’re able to squeeze harder than before. My program uses this principle combined with full body movements to build usable strength. While it is aimed at women working toward entering a fire academy, it has other applications, as well. For instance, I used a version of this program to train for a Spartan Beast obstacle course race. It’s based off Dan John’s “Even Easier Strength” template.

Rolling, rocking, and crawling.  I use a combination of Primal Move and Becoming Bulletproof.

For the self-limiting runs, breathe only through the nose and run at a comfortable pace. During a fire, we breathe air from an air tank. The tanks generally last twenty minutes, but because we have a finite supply, the time we can stay in a fire and how much work we can accomplish in that time is directly related to our conditioning level. Therefore breath control such as that taught by the self-limiting runs has a huge carryover to firefighting. 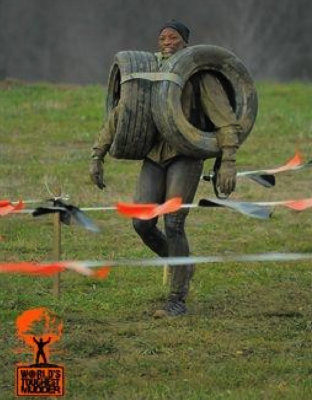 When I started the academy, I had no idea how much time I’d spend crawling on my hands and knees. Yet crawling isn’t included in most conventional programs. It turns out that not only is this the best way to get around in a fire, but it does all sorts of great things for the shoulders, midsection, and quads, and builds full body coordination.

For the weighted hikes, stair climbs, and crawls, start out unweighted and gradually add weight five pounds at a time for three weeks, then back off ten pounds on the fourth week and start building up again.

For the stair climbs, Stepmills will work in a pinch, but steer clear of Stairmasters. When exercising on a Stairmaster, lifting the leg up is the most challenging part, putting the emphasis on the hamstrings. When actually climbing stairs, especially while under load, stepping up onto the stair puts much more emphasis on the quads.

Goals to shoot for with this program before entering an academy are:

Remember these are bare minimum goals for which to shoot and this is only one component of a multifaceted preparation program. Still, this will lay a good solid foundation for all future fire academy preparation. 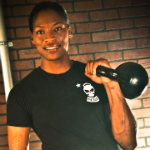 SFG Team Leader
Asha Wagner is a twelve-year veteran of the San Jose Fire Department. She has served as the coordinator of the department's Kettlebell Pilot Program, and is currently serving on the department's Health and Wellness Committee.

Prior to joining the SJFD, Asha spent six seasons as a Wildland Firefighter, including one as a Helicopter Rappeller.

As a firefighter and a youth coach, Asha places a strong emphasis on training that will have the greatest carryover to work and play.