By Jason Martin, with notes from Jason Marshall, Senior SFG

I am new to the kettlebell and the StrongFirst community, but I am all in.

Ninety days ago, I entered a local contest here in Lubbock, Texas — the Bodyworks 90 day challenge. It is a competition to see who can have the greatest physical transformation in ninety days. While I was an athlete throughout my early twenties, marriage, a series of metabolic changes, a bachelor’s and two master’s degrees, a desk job, three children, and maladaptive stress eating eventually took a toll on me. These little things added up to big things.

My Story: Why I Needed to Make a Change

Though I had entered a short-term contest, I was looking for sustainable health changes. I have three boys: sixteen, nine, and six years old. My sixteen-year-old had long surpassed my physical capabilities and it was getting difficult to keep up with my younger boys. I was losing once-in-a-lifetime opportunities to actively engage in their lives, not to mention opportunities for intimacy with my wife (an extra 100lbs and short windedness can get in the way of much).

I needed a better diet, but I also needed an exercise program I could do in less than thirty minutes a day that would yield maximum results.

My physical therapist friends all warned that injury would be what would take me out and that I needed both cardio and weight training for the best results. I was beginning to think the magic thirty-minute exercise program might not exist. And then, enter the kettlebell.

A friend of mine trains under Jason Marshall, Senior SFG, and he told me about the kettlebell and the StrongFirst organization. It sounded too good to be true, but I decided to read Pavel’s book Simple & Sinister. I read it in one sitting and walked away willing to follow the path of Simple & Sinister, for a while.

Where I Went Wrong and How I Got Right

Jason Marshall: Jason expected to spend whatever time it took to gain the necessary mobility and strength to just perform the warm-up detailed in “Simple and Sinister,” which happened to be a month prior to the start of his contest. His main concern was the lack of baseline strength and hip mobility to perform a goblet squat. He started by practicing each day with assisted squats while gripping onto a door frame, increasing depth and reps each day he made an attempt.

He noticed right off that he used his back during the bridge and made a concerted effort by practicing hip hinges (up to 1,000 per week) in order to efficiently use his hips during the bridge. He practiced “naked” swings and halos intermittently. This practice occurred every night until he made it through the “Simple & Sinister” warm-up with weight one time through.

I started the ninety days able to do the warm-ups and practice two-hand swings and get-ups with 16kg. I made great gains in my first month of working out — I lost 35 lbs. I moved to double 20kg exercises after reading a book about advanced double kettlebell training.

Jason Marshall: This was admittedly Jason’s biggest beginner mistake, and the point where he reached out to me.

I had the wrong assumption that more was better. After a month I had plateaued, I was stressed out from over exercising and in great need of recovery (which the book in question warns about continually, but I did not heed). In frustration, I sought out Jason Marshall to help with the challenges I was facing, the biggest of which was me.

It took the next three weeks to recover and undo what I had done in ignorance  Over the course of these weeks Jason redirected my goals back to Simple & Sinister and a good diet.

How We Got Me Back on Track

Jason Marshall: The main emphasis was to make sure Jason’s diet was really dialed-in. After receiving a detailed weekly food, sleep, and training journal, we were ready to discuss where to make changes. Jason also made a stop by my training studio to have his form critiqued.  s a former collegiate athlete, he was a quick study and internalized the cues well.

The addition of a cardio session coupled with “Simple & Sinister” came when it was apparent that he needed some added volume, but not a lot of stress in terms of heavy loads. The circuit was a basic six-station set-up:

Three rounds of the circuit were completed each day and we waved the training load with the work-to-rest ratios. Light Day – 1:2, Medium Day – 2:2, Heavy Day – 2:1. The reciprocal training load was used for his swings and get-ups, a la “Simple & Sinister.” For example, on the heavy day, Jason would do his light (1:2) work-to-rest ratio for the above circuit.

He finished each session with a light walk to cool down. All of this was done first thing in the morning immediately after waking up and consuming a scoop of protein powder and water. He took another easy walk each evening. Jason was diligent about getting eight-plus hours of sleep each night, which he was over 90% compliant with.

I humbled myself and submitted to those who know better. I sought to not get greedy with gains and in compliance I made small adjustments to weight and rest periods and made sure there was plenty left in the tank after my practice sessions. I continued to eat right, hydrate well, get plenty of sleep, and take my rest days. The little things began to add up after a while — even a relatively short while.

After ninety days, I had accomplished the Simple goals and began practicing Enter the Kettlebell, my strength having increased 100%. Additionally, I had lost 73lbs, 60 of which came off in the first and last month when I was following the prescribed program of Pavel’s Simple & Sinister and Jason Marshall’s advice.

I have also had several WTH moments along the way. When wrestling with my sixteen-year-old, I picked him up over my head (he’s 6’1” and 175lbs, by the way) and threw him across the room onto the couch. He jumped up as shocked as I was and exclaimed: “You’re not the same person you used to be!”

A week later, I played full-court basketball at full-speed for two hours straight. I couldn’t believe what great cardiovascular shape I was in, and how strong I had become.

Jason Marshall: Since the completion of the contest and the final edit of this article, Jason has lost an additional fifteen or twenty pounds and added significant amounts of muscle mass. He has begun Rite of Passage from Enter the Kettlebell and has graduated to a 28kg bell for his presses. He has also achieved four consecutive pull-ups, a lifetime best. He is now doing pull-ups between all his clean and press sets.

I cannot begin to make an accounting for all the ways my life has been positively affected by becoming StrongFirst. I intend to continue the little things while progressing and solidifying my gains over time. Rite of Passage in Enter the Kettlebell is my next goal, and then on to Return of the Kettlebell. I have decided to seek the SFG Certification as a longer-range goal once I complete the path set forth by those who have gone before me.

My path was simple, but not easy. I owe much gratitude to my trainer Jason Marshall, Pavel Tsatsouline, Geoff Neupert, Dan John, and all of the StrongFirst community (particularly my buddy Clint Conner who first reached out to me and continues to throw iron with me).

Jason Marshall: Jason’s ace in the hole, in my opinion, was compliance and consistency. He began this contest as a motivator to shed some unwanted pounds, but he quickly realized he’d started a new journey and lifestyle. One he was willing and able to live with. One he found challenging. And one he truly enjoyed. I take no credit for his success and accomplishment other than being lucky enough to be in the right place at the right time to have witnessed such an amazing transformation.

I look forward to seeing “SFG” after his name in the future! 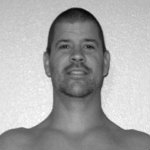