Small reminders surround us each day of the men and women who, in the words of Winston Churchill, offered their blood, sweat, toil, and tears in places forgotten by many; places with names like Bataan, Leyte, Chosin, and Khe Sanh. Some of the places are still fresh in our minds, places like Bosnia, Fallujah, Shahi-Kot, Zormat, and Tora Bora. These spots, known by some, but experienced by fewer are crucibles, where men and women faced the heat of the forge and became part of the iron circle that surrounds us in its quiet, solemn presence.

What Is the Circle of Iron

I felt this circle the first time in a tiny San Anselmo, California church. The parish was small and inside the church, you could smell years of incense held within the deep red carpet and touch the worn wood surfaces of the pews and railings. There was peace to be found inside, if only you took the time to be still and allow yourself the luxury of stillness and quiet. The peaceful robe covering the iron circle found within.

“I have something for your boy.” An old man touched my arm at the end of Mass one Sunday. He held out a patch, a crimson background with the number seven emblazoned in gold, the insignia of the 7th Marine Regiment. “He wants to be a Marine, huh?” he smiled. My oldest son’s most priced possession was an olive drab jacket with a Devil Dog patch on the sleeve, his pronouncement to the world that he had already made up his mind at nine years old where his path would lay; he wore it every Sunday.

The man handing the patch to me, and then on to my son was Seamus, at one time a young man who fought his way through hell on earth at the frozen Chosin Reservoir. Seamus was one of the “lucky” survivors, the “Frozen Chosen.” He had lost a great deal of his hearing there due to the artillery, but he told me later it wasn’t enough to drown out the sounds of what he lived through; the sounds of his friends, his brothers as they died, calling for their wives, their mothers, their God. We stitched that patch on Pierce’s jacket in silence, knowing the great price that was paid for a small piece of cloth.

The Circle of Iron You Cannot See

Seamus sat three rows behind us and to the left, protecting our flank. Directly behind us sat Frank and Marjorie. Frank, a retired camping supply salesman, and Marjorie, a former elementary school principal. Passing them on the street, they looked to be an older couple straight from a Norman Rockwell painting. Very few knew that Frank piloted B-26 bombers, first in the closing days of WWII and then was recalled again, initially to train new pilots and then to fly missions in the skies over Korea.

Frank saw some of the young men he trained die, some even within his own crew when the plane he commanded took hits from anti-aircraft artillery. I’m sure there were some things he shared with Marjorie, but there were many more memories he kept locked away, too painful and too grisly for someone who hadn’t lived through those moments or terror and loss. Frank was our rear guard.

Bob sat to our right, protecting our other flank. Bob was part of a tank crew that was hit by a German 88 on D Day +3. Bob was the only survivor. What must it have been like to lose in an instant the friends you had trained with, lived with, grown with. Worse, in the chaos of the largest invasion in world history, what must it have been like to not have a chance to say good-bye, to grieve the loss of those friends and brothers. The war moved on and Bob had to as well, in very short order.

Leading the front was Al. Al was an unassuming man, maybe five foot, six inches. He welcomed people as they entered the church each morning, wearing a crisp white shirt, black bow tie and hopsack blazer. Al had been the costumer for the San Francisco Opera and appeared every bit the sartorial expert, a thick head of white hair and a smile that felt as sincere and warm as it looked. To most, Al was a dandy, someone who belonged in an opera company. Few knew Al was a Merchant Marine, a man tasked with the most dangerous of duties—sailing supplies to Pacific Theater troops past the web of Japanese submarines and dive bombers. Bob told me Al was considered one of the toughest bare-knuckle boxers on the San Francisco waterfront during the war and that as gentile as he might appear, very few ever bested him. Perhaps the kindness in Al’s eyes was the product of his knowledge that life was fragile and brief, as witnessed by the number of friends he lost, but would never forget.

Sitting in Mass, I was comforted by knowing that this circle of iron surrounded my family, that these men were there and that their courage, forged within that crucible not only protected my wife and sons, but served as an example that true bravery is measured over an entire lifetime. The courage to walk through chaos, and then to return home to those for whom that walk had been taken.

Today we remember Veterans, the men and women who stood up and said, “I’ll go” when remaining silent or taking a knee would have been so much easier. There’s a parade in Carson City. The streets will be lined with countless Franks, Als, Bobs, and more than a few men like Seamus. If you attend one of these parades, take a moment to walk up to that man or woman wearing a Veteran’s cap or vest, look them in the eye and take their hand. Grasp it firmly when you say “thank you” and feel the iron forged within them.

God bless each Veteran and eternal peace to those to whom we will never be able to say thank you. Have a strong Veterans Day. 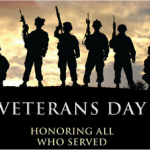 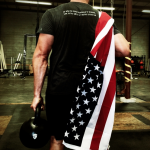 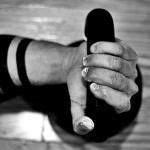 Calisthenics for Iron Domination: From Bodyweight to Heavy Weight
Training bodyweight exercise will help you demolish your previous strength records in your barbell and kettlebell practice and replace them with all new levels of iron domination. 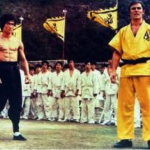 John “Roper” Saxon and the Kettlebell
As a kid, I could never have imagined that I would become friends with Bruce Lee's "Enter the Dragon" co-star—much less train him on the kettlebells.
Mark Toomey 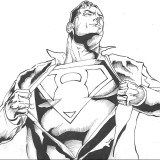 18 thoughts on “The Circle of Iron: Veterans Day Thoughts”