The Tactical Strength Challenge is a twice-yearly event with participants all over the globe. For one day in April and October, people on six continents are joined together in three events. As a Host, Coach, Judge and participant of several TSCs I’ve seen three clearly defined reasons, or purposes, that see people enter the TSC.

For some, the TSC has become their sport. These guys are in it for the competition. Be that to win in their local event, break into the global top ten, or to straight up win their division.

Some view it as a personal challenge or as a bit of fun. They might be a non-competitive health-focused trainee who has been convinced to enter by their Coach or training buddies.

These guys don’t train for the TSC specifically, but are generally focused on training for a sport or other physical pursuit. They tend to use the TSC as a six-month ‘status check’ on their general, overall strength and fitness.

Although there is an official, global leaderboard and “division winners,” the TSC isn’t just an event for elite competitors. It has many purposes and applications. Many of these stem from the where and why of its origins. So for a full and deeper understanding, let’s take a trip down memory lane.

Almost 20 years ago, StrongFirst Founder and Chairman Pavel Tsatsouline provided subject-matter-expert strength and conditioning support to several military and police groups. This was also around the time of the dawn of the hardstyle kettlebell revolution, with Pavel leading the charge with his instructor certifications and seminars.

With a rapidly expanding group of kettlebell instructors and enthusiasts, and growing interest in this cannonball with a handle, Pavel decided to organize a competition/challenge for this growing community. Something to inspire competition, bring a degree of focus and clarity to their training, and encourage people to surpass their expectations.

Coming from a background of working with law enforcement and military organizations, he chose three exercises that would serve as fantastic preparation for service readiness.

The three original exercises he chose were:

At this inaugural TSC, there were two divisions:

In an added twist, the pistol and snatches were performed both sides for max reps but the lower of the two sets would be the competitor’s score. If a competitor were to score 20 snatches left-handed and 25 right-handed, they would score 20. If they could perform 5 pistols on their right leg but none on their left, then their score would be zero. No asymmetric performances permitted! This is a nod to Pavel’s classic work The Naked Warrior which highlighted the understanding that major asymmetries can be injuries waiting to happen.

The Special Operations division of the first TSC was won by none other than our current Chief SFG and StrongFirst Director of Education, Brett Jones. 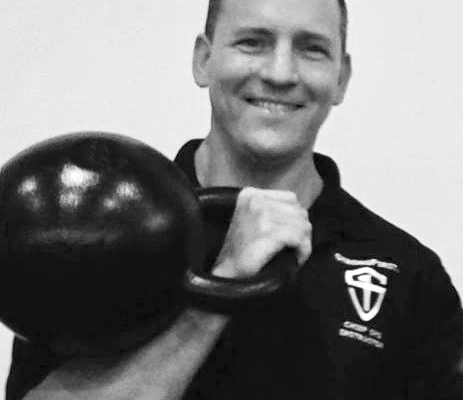 Although the pistol squat is an excellent developer and demonstration of lower body strength and mobility, Pavel ultimately replaced it with the barbell deadlift. This introduced an element of absolute raw strength, and the format has remained the same ever since.

Competitors may choose one of ten divisions (male, female, masters, novice, open, elite, etc.) all with different criteria (12-32kg kettlebells, hang for time or weighted pull ups, etc.). The TSC is a brilliant indicator of three different aspects of strength and fitness. 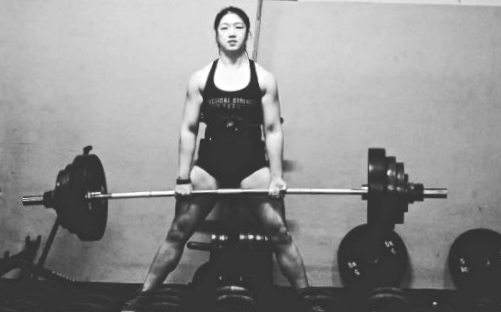 The most fundamental and primal of all the barbell lifts. The deadlift is a demonstration of pure, unadulterated, absolute strength. This lift clearly favors the bigger competitors, but that is no excuse not work on this lift as the benefits it brings to your sport and everyday life are massive.

The pull up is a demonstration of relative strength and mastery of your own bodyweight. If you pursue absolute strength to the extent that you put on extra body mass, your pull up numbers will suffer. The pull up is a natural complement to the deadlift in that striving to improve both is extremely likely to result in an athletically functional body—and one that turns heads for all the right reasons. All of this said, the pull up will favor the lighter athlete.

High-repetition kettlebell snatches are a demonstration of strength and power that can keep on going. Strength without endurance or repeatability does not align with the origins of the TSC, where a military or LEO professional is expected to be able to hit hard, fast, and often. The snatch balances the ‘low cardio’ of the deadlift and pull up and is a fantastic fat-burner. Serious training in the snatch will see your pull up numbers go up as your waist size goes down.

Of all the events, the snatch tests lungs and guts the most. Large or small competitor, the snatch shows no favoritism to anyone.

One of the brilliant things about the TSC is that, twice a year, you are able to compete with people in gyms all over the world. The online leaderboard for each division is updated in real time as gyms all over the globe report their scores. For the competitive among us, it is a great day to see ‘where you stand’.

But, let’s take a side step for a minute.

Fat-loss author Josh Hillis in his book Fat Loss Happens On Monday observes that if people can perform the following physical feats and still aren’t happy with their body, then their problems are in the kitchen and not the gym (and if people can perform the following standards, they probably already turn heads for all the right reasons and just need to buy a new mirror!).

So hopefully you see where this is going. 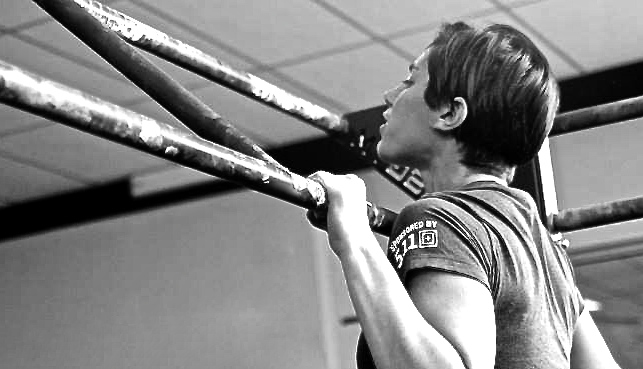 The TSC and these strength goals for fat loss tie together quite well. In fact, most TSC prep-plans add some form of pressing training (illustrated in in Josh’s standards by the dip). From a TSC perspective, the press training (kettlebell presses, barbell presses, get-ups, etc.) are included to encourage shoulder health and as an assistance drill for the snatch. Also, who doesn’t want a heavier overhead press?!

We can approach the TSC not only as a competition to do well in, but also as an event which will progress our fat loss/body composition goals. So even if we aren’t a competitive participant, it can hold value for us. It connects us to a greater community. It gives us a series of achievable standards—which, therefore, increases the likelihood of program adherence.

There are also serious weekend warriors who don’t actually train for the TSC directly, but use the TSC as a twice yearly check-up.

If, without training specifically for the TSC, they maintain or improve their scores—they are happy. If their score on any of the events drops massively, then this is an indicator that they need to alter their current training regime (or address this area in their next training block).

So what we have in the TSC is an event that links us to a healthy community of like-minded people, and allows us several different reasons for entering.

So whatever your focus or goal, there is a good chance that training for the TSC can help you move towards that goal.

Special thanks to Brett Jones for his help in writing this piece.

Registration for the April 2018 TSC is open! Select your location and division HERE. 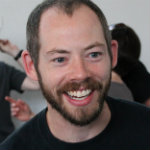 A lifelong martial artist, he is a Guro of Kali-Silat (Dog Brothers Martial Arts) and holds ranks/instructorships in various other martial arts including Judo and BJJ. He is one of the few people to be a full member of the Dog Brother Tribe, a collective of Real Contact Stick Fighters, where he regularly takes part in full contact, anything goes stickfights.

2 thoughts on “All-Out Competition, or Fat-Loss and Status Check: Two Other Reasons the Tactical Strength Challenge is Good for You”