Greetings, my fellow students of strength. I am honored and privileged to be counted among the StrongFirst community. I recently passed the SFG Level II Certification in King of Prussia, Pennsylvania. At seventy years of age, I was told I am the oldest person to pass.

My Journey to SFG II

I was originally scheduled to take the Level II in Houston, Texas about two years ago. Two weeks prior to the Certification, I was walking my dogs when a car hit me – breaking both my legs, tearing the ligaments in my left knee, tearing the meniscus in my right knee, and leaving me with a full thickness tear in my right rotator cuff. Goodbye, Level II.

I spent a total of sixteen weeks on crutches. I will say, it was good work for the triceps. But here is where it actually gets interesting. When my wife, Julia, and I first met the surgeons at the VA hospital (I’m a Marine), they stepped out of the room to talk to each other. Upon returning, this is what they said:

When we read your records, looked at the MRI, and saw your age, we decided to tell you that you were too old for surgery. We were going to build you a brace and let you go. However, after seeing your physical condition, we elected to do the surgery. We realized your life would be ruined if we did not make every effort to fix this.

The surgeons went on to say they never recommend a multi-ligament repair to anyone over the age of 35, and they never see people in my condition at my age.

They and two other doctors told me my strength and physical condition at the time of the accident probably saved my life. At my age, the impact should have killed me, they said. Several friends also told me they thought I would never recover from the accident.

I embraced kettlebells about eight years ago and passed my RKC at the age of 62. Prior to discovering Pavel’s training philosophy, I was a gym rat and cardio fanatic. But I hit some kind of wall with my training when I reached my sixties. It seemed the older I got, the weaker and fatter I was getting no matter how much I trained. I was tired all the time, too.

Of course, I was eating the typical high-carb and low-fat diet. I forget exactly how I found Pavel and the kettlebell, but three months after taking my first class, I was twenty pounds lighter and had gone from 17% to 5% body fat. Meanwhile, my workouts went from ninety minutes in length to under thirty minutes.

I actually stuck to the first half of Enter the Kettlebell for almost two years as I trained to achieve the RKC. I would train four days a week and never for more than thirty minutes. I was amazed at my results. It was clear: everything I had previously been taught about training was wrong.

But let me get back to my Level II Cert. Following the surgery in June 2014, I was told I faced at least a year of therapy. Even so, I made a decision and a goal to pass the Level II in 2015. People told me I was crazy. They said I would be lucky to be walking correctly by then.

I parted ways with my physical therapist when I told her that prior to surgery I was doing a pistol on my left leg while holding a thirty-pound kettlebell. She said, “Why do you even want to do something like that? You are a perfectly functioning seventy-year-old. You can walk.” And that was goodbye to her.

For over a year, I created my own rehab program based on StrongFirst principles and strength training. My workouts were usually about forty minutes long and I trained four times per week. I did a lot of joint mobility and Original Strength training. It was months before I could do a good snatch or swing due to the knee surgery.

During this time, I was very guarded while practicing presses and get-ups due to my torn right shoulder, but it made me focus on form. I was actually able to press the 24kg kettlebell with my right arm and do a get-up with the 28kg, all with a full thickness tear in my shoulder. Unbelievable, right?

The Cert itself was a phenomenal experience. The energy from all the participants really carried me. I came away from the SFG Level II Cert with a new appreciation of the StrongFirst brotherhood/sisterhood and some new insights on training people.

This may sound strange, but the bottoms up series taught me more in a few minutes about breathing behind the shield, tension, connecting the anterior chain, and proper front squat form than everything I had done up to that point. I also believe the windmill and bent press are serious learning tools that I am going to start teaching people early in their training. These lifts just seem to “force” you to move correctly.

Aging Is Inevitable – Getting Old Is Optional

I will be 71 in fewer than forty days, and I feel stronger and better than when I was in my twenties. I can climb a rope without my legs. Don’t believe me? Check out the video below:

Prior to the car accident, I sustained a compression fracture in my lumbar spine, had eight pins placed in my left foot, and collected a broken right arm from skydiving, a bone graft in my right ankle from judo, and a severe neck injury from wrestling. Had I not found StrongFirst and kettlebell training, I would have plodded along with the weight machines and cardio that were getting me nowhere, and even making me worse.

Due to my StrongFirst training and my diet, I have virtually no arthritis despite all these injuries. I have none of the everyday aches and pains that so many accept as the norm.

StrongFirst really did save my life.

Special Note: If not for my incredible wife, Julia, who never lost faith in me, and the encouragement of the StrongFirst community, my achievement would not have been possible. 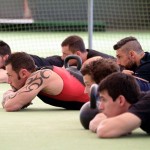 Strength Is Like Music or Surgery: The Value of the SFG
If you want to learn the skill of strength, the SFG Certification will have you set for life. You will get a solid start to learning the methods you can use to help people become stronger and mobile.

SFG Certification: An Event for All “Ages”
How did a 72-year-old guy decide to attend an SFG Level I Certification and — perhaps more importantly — prepare for the rigor of those three intense days? 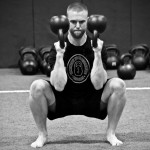 The SFG Level II Preparation Guide
You asked for it, so here it is: a step-by-step approach to preparation and training for the SFG Level II. This is not a plan you can just follow, though – it requires assessment, planning, and analysis of your own. 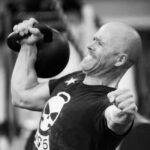 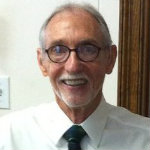 Dr. John Sullivan is a Vietnam era Marine veteran with over 26 years of clinical experience. He received his BS degree from USL prior to enrolling for his Doctor of Chiropractic Degree at Life Chiropractic College in Marietta, Georgia.

A longtime advocate of Non-Force Chiropractic, he received Diplomate status in Bio-Energetic-Synchronization Technique in 1987. He received his Advanced Proficiency status from Activator Methods (the most researched chiropractic technique worldwide) in 1995. At present he is the only Advanced Proficiency Chiropractor in the entire Acadiana area and one of only a few in the state. Dr. John has also attended Advanced Laser Therapy seminars with the Erchonia Laser, which is used extensively by doctors and athletes around the world.