Last May, Chief SFG Brett Jones wrote about the different options for the free hand in the one-arm kettlebell swing. We face a similar question for the one-arm push-up (and its more advanced relative, the one-arm one-leg push-up).

Although the hand behind the back has become the default choice for many over the years (perhaps inspired by the classic training montage in Rocky) there are actually several options for placement of the free hand in the one-arm push-up, each of which have benefits and drawbacks.

Personal preference and body variations are highly individual, but it can be valuable to understand the benefits and drawbacks of each option to select the most suitable one for you and your students.

Watch the video and then read below for more information.

Arm Behind the Back Position 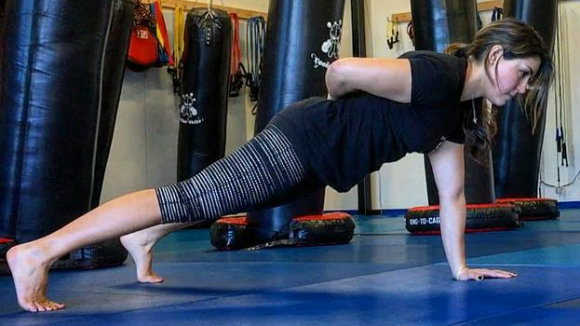 Perhaps the most popular choice, this option locks the non-working arm into place and keeps it closest to the center of your body. Unlike other options, the non-working arm can rest on your body, requiring minimal effort to maintain position throughout the movement. Having the arm on the low back can also help you feel if the low back begins to arch during the push-up. And some people just like the arm behind the back because it feels out of the way.

What to do with the non-working hand is another question: fist or open? Though we often teach a closed fist in single-arm pressing movements to exploit the benefits of irradiation, some very strong people perform the one-arm push-up with an open hand.

The arm behind the back position is not appropriate for many people, and they often don’t realize that. This option is generally regarded as more advanced as it can lead to upper body rotation if you lack control, in part because this arm placement can bias you toward rotating open. In a successful one-arm push-up, the shoulder must remain square to the deck throughout the entire movement.

Additionally, this option requires a modest amount of shoulder internal rotation, which many people lack. It doesn’t take enormous shoulder mobility to rest the arm on the low back or pelvis, but perhaps the biggest problem is if you achieve this position by unpacking the shoulder.

That said, it is rare to find a healthy individual who can’t rest their non-working hand on their low back or pelvis. So, if someone likes the benefits of this position but lacks shoulder mobility, one modification is to lower the hand toward the pelvis to reduce the degree of rotation required. 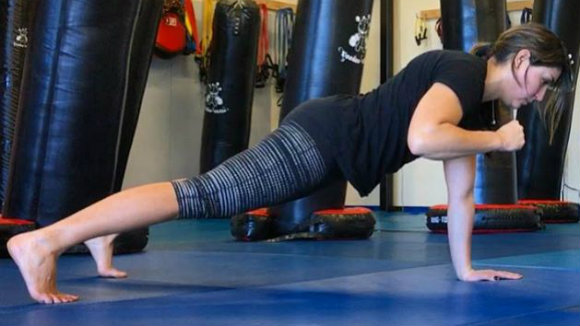 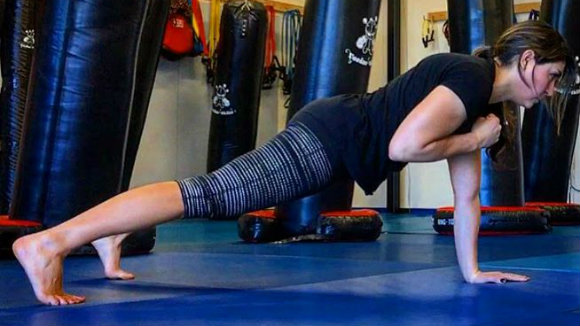 These are technically two different positions, but because they are nearly identical, we’ll treat them as one. In my observation, this choice is quite rare outside the SFB world, but many with kettlebell experience find it most comfortable based on the similarities to certain kettlebell hand placements and the SFG plank.

In the SFB curriculum, we teach students to own the standard two-hand push-up starting position before progressing to one-arm variations. From this position, movement of one hand into the guard or rack is a short distance and an easy transition from having two hands on the ground. Holding the hand in that place also feels safe because it is the easiest to catch yourself if you feel unstable or need to bail.

There are two potential drawbacks. One is that keeping this arm in position requires some effort, albeit relatively mild. Holding the arm in the guard or the rack also means the arm could also interfere with depth. Some find they need to move the arm out of the way as they approach the bottom of the push-up, but others have no trouble and find this hand placement to be effortless. As with every choice, individual preference will vary. 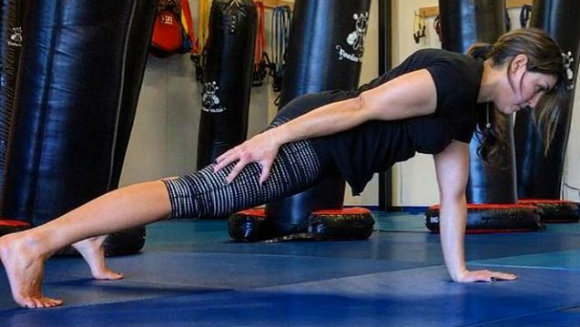 While we can thank Rocky for popularizing the hand behind the back, hand on thigh was the choice for legendary fitness icon Jack LaLanne.

For those who like gripping something during a press, this can be a highly effective choice. Anyone who has been taught irradiation in a StrongFirst Certification or Course or in training with an StrongFirst Instructor has likely tried the “crush the water bottle” drill in which you crush a bottle or other compressible object in the non-working hand when performing a military press. Gripping the thigh allows you create irradiation in a similar way. Every other hand option also allows for a compressed fist, but none having you actually gripping something. Gripping the thigh also links the torso, arm, and leg.

Some people bend the arm in this position, while others have it locked out. Variations within this option will depend on personal preference and also arm and torso lengths. There are no drawbacks to this position, but for those who prefer consistency in their hand placement across bodyweight movements and the kettlebell lifts, gripping the thigh can feel awkward.

The Free Hand in the One-arm Push-up

The most important factor for hand placement is what feels best to you to facilitate a successful lift. And although there are many factors that contribute to a successful one-arm push-up, it is valuable to recognize that because the body is interconnected what you do with that free hand can have collateral effects elsewhere that are sometimes visually undetectable.

Understanding the principles behind each arm position option can help accelerate the learning process by steering you and your students toward the most effective choice. Experiment with different options in lower threat environments such as elevated regressions or single-arm planks. 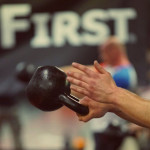 What to Do With Your Free Hand During a One-arm Swing
Once you begin practicing the one-arm swing, then the issue of what to do with the free hand promptly arises. Here are the five acceptable options along with demonstration and explanations of each. 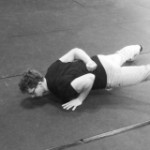 Get a Heavier Military Press With the One-arm One-leg Push-up
Putting your kettlebells aside for a few months and conquering the one-arm one-leg push-up will be one of the best things you do in your quest for a heavier military press. 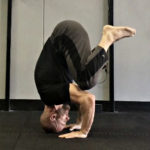 Your Journey to a Handstand Push-up: Part 1
It's best to begin slowly to build a solid foundation of technique before jumping “head first” into advanced skills. This article is the first part of a three-part series that will help you plot your journey to the HSPU. 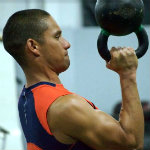 Allan Phillips, SFG II, SFB, CSCS, TSAC-F is co-owner of Pike Athletics based in San Antonio, Texas. He began his journey in the world of strength more than fifteen years ago as an under-powered college golfer desperate for longer drives. Exposure to leading minds in the Functional Movement Screen and the Titleist Performance Institute certifications inspired him to pursue more intense study of kettlebell and bodyweight training. Since earning his SFB at the inaugural SFB Certification in 2013, Allan has assisted at several SFB Certifications and Courses throughout the United States.

Allan specializes in working with endurance athletes in strength development and injury prevention and is a certified coach with USA Triathlon and the American Swimming Coaches Association. His athletes have captured U.S. National Championships in cycling, track and field, and triathlon, and have represented the United States at multiple international competitions. Allan remains competitive himself as a leading age group triathlete and internationally ranked Speedgolfer.

Along with his coaching, Allan is currently on active duty in the United States Army, where he has worked in a variety of human performance optimization roles, including movement screening, body composition improvement, and water confidence training for special operations candidates.